We have more than 300 frontline inspectors and animal rescue officers working across England and Wales to rescue animals and investigate allegations of cruelty and neglect. We also have a specialist team of uniformed and covert officers who work to tackle large scale, serious and organised animal crime.

The Special Operations Unit - or SOU - is made up of 21 staff, including investigating officers, case officers and a research and intelligence team.

The unit was established in 1977 to look into the live export of British farm animals and has since grown and evolved to investigate other areas of serious animal cruelty and meet the changing demand for information handling and sharing. In 2010, the unit expanded to add an intelligence management team, which carries out research, gathers evidence and analyses animal cruelty that comes to light online or via social media channels.

Investigating on a covert level

The team takes a proactive and intelligence-led approach to identify, investigate and highlight animal cruelty.

In 2019, the team launched 69 new operations - as well as continuing work on ongoing investigations - and rescued 661 animals. Officers work together with the unit's research and intelligence team to collect and analyse information, develop that into intelligence that can lead to full-scale investigations into organised cruelty and crime. When there's sufficient evidence, officers can move in to disrupt the activity, rescue and remove animals and a criminal case will be prepared and presented to our prosecutions department for consideration.

The unit includes a mix of frontline officers - who previously worked as inspectors across the country - and intelligence specialists with expertise in research and information gathering. With years of experience between them - and backgrounds including police, army and other animal welfare roles - the unit boasts a wealth of hard-earned knowledge and court-recognised expertise from identifying items used to train a dog for fighting, inspecting a recently dug badger sett, and spotting tampered leg rings on native species of birds.

Ultimately, the team's aim is to rescue animals from suffering, investigate animal cruelty and prosecute animal abusers. Every year they transform the lives of hundreds of animals they rescue from horrendous cruelty.

Staffordshire bull terrier Kali was covered in blood, bite marks and scarring when we rescued her from a dog fighter. She was nursed back to health and rehomed to a wonderful new family.

Pug Phoebe was found huddled in a dark, cold concrete pen being used as a breeding bitch on a puppy farm. She's now in a wonderfully loving home with her new owners.

Keep up-to-date with the team's work by searching for #RSPCASpecialOps on social media. 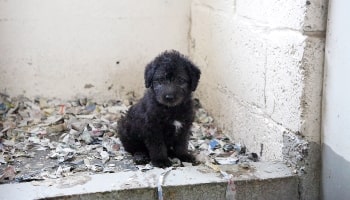 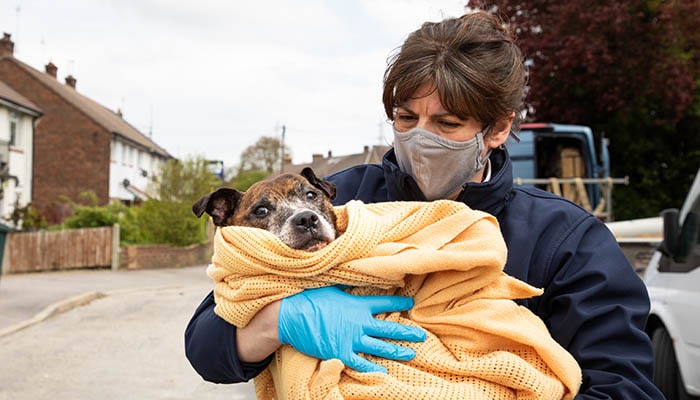 How our investigations work

What investigations we have to carry out before we can prosecute.

We are the animal emergency service. At all times, in all weather, we're out there rescuing animals.