Our team of executives are responsible for the day-to-day leadership of the organisation. They each have their own specialist areas, and are led by the chief executive. 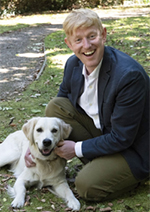 Chris joined us in August 2018 with more than 15 years experience in the charity sector.

In Chris' previous role, as chief executive of the relationship charity Relate, he was instrumental in moving Relate to a new organisational structure, developing its digital services and growing its campaigning voice.

In his role as our chief executive, Chris will continue to shape the debate about animals in society and how we can develop and maintain services that meet the needs of animals and the people who care for them.

"It's a huge honour to be appointed RSPCA chief executive. I am excited about the prospect of leading such a well-respected and supported organisation and advancing its mission to create a world that is kinder to animals." 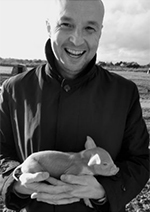 Chris joined the Society in 2016 from international NGO, WaterAid. Chris has over 20 years board level experience in the public, private and not for profit sectors. He has led multi disciplined teams in the senior civil service, a FTSE 100 company, and a US corporate communication consultancy.

At the RSPCA, Chris works extensively on the Society's strategy development, culture change and transformation agendas. He also leads directorates that encompasses all aspects of communications, marketing, income generation and external affairs.

He has a rescue cat called Misty. 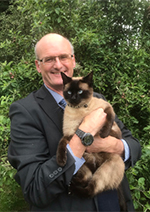 Ray is a solicitor with over 20 years experience in-house at the RSPCA. Ray now serves as the Society's Chief Legal Officer overseeing the legal directorate (which includes the Prosecutions Department).

Ray's team provides legal support to other departments. This work encompasses commercial contracts, charity law and advising on a diverse range of legal issues arising from the Society's activities.

He has an RSPCA rescue cat called Arthur. 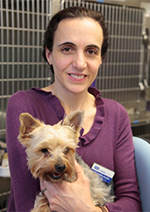 Caroline has recently taken up the position of chief veterinary officer having previously been London veterinary director for the charity for three years.

Caroline has 20 years of small animal veterinary experience across the sector- charity, independent and corporate practice and a track record of successfully leading practices through change and development. Caroline is an RCVS recognised Advanced Practitioner in Small Animal Medicine and also on the RCVS council.

She has a rescue Staffy called Tilly. 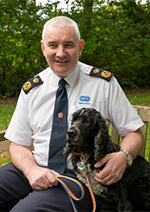 Dermot has been with the RSPCA for 25 years having joined as an RSPCA ambulance driver in 1994. He became an RSPCA inspector in 1999 and he has worked his way up through the charity and was assistant director of the inspectorate for four years before taking on this latest role where he is responsible for Inspectorate operations throughout England and Wales.

Dermot has experience in leading large field based teams, developing policy and responding to crisis such as flooding and animal disease outbreaks. 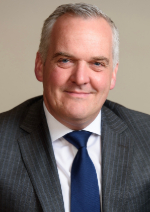 John Kerslake joined the RSPCA in January 2020. Previously John worked for the National Citizen Service (NCS), where he was Chief Operations Officer

Before joining NCS, John spent 25 years working in the private sector: leading sales and commercial teams at Cadbury for 15 years, followed by 10 years at Whitbread working across the sales, HR and operations functions for brands including Premier Inn, Beefeater and Costa, both in the UK and overseas. John's last role at Whitbread was as UK Operations Director for Costa where he led a team of 15,000 across 1,400 coffee shops.

John has a passion for developing people, building great teams and delivery.

Originally from Bath, Somerset, John studied at the University of Plymouth and now lives in South Warwickshire. In the summer he became the proud owner of his first dog, Brody.

Ben Freeman, director of finance, IT and planning

Ben has extensive experience as the Finance Director within organisations going through change within both the Not For Profit and Private sector.

Before joining us he worked as the Director of Finance at St John Ambulance where he faced the twin challenges of recent losses due to Covid-19 and a partially completed Finance restructure.

In this role, his focus was on rebuilding the team and then overhauling the internal reporting to improve the commercial insight and cash control. Prior to this role, he completed a floatation within a property company. The common theme between these very different roles is a desire to work within organisations going through a change journey where he can combine his positive people approach with the more traditional analytical skills of a Finance professional.

Ben said ¿I am really honoured to be able to use my skills to work with colleagues at the RSPCA with such a wonderful mission. I am very much looking forward to starting.¿

Fiona joined the society in September 2020 from the Zoological Society of London, and is an award-winning HR professional.

In 2017 Fiona won the HR Director of the year at the HR Excellence Awards as well as scooping the Gold award, for best HR team, and a high commendation in the best learning and development strategy. Fiona has also had senior HR roles in further education and at Asthma UK.

She is passionate about employee engagement, equality and diversity and developing a culture of dignity and respect to ensure everyone fulfils their potential.