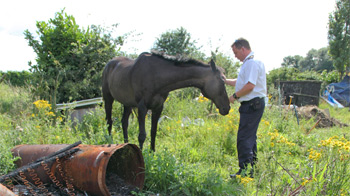 Justin joined our inspectorate ranks fifteen years ago as an animal collection officer and later became an animal welfare officer. Now he is proud to be an RSPCA inspector.

Is being an RSPCA inspector something you had always wanted to do?

It's always been one of those jobs that you kind of want to do as a kid. I wanted to be a policeman or become an RSPCA inspector. So yes it has always been something I wanted to do, for sure.

Is the job what you expected?

If you'd have asked me that before I started then no, but having come up through the ranks I knew exactly what to expect. However, having said that the job is so much better than I ever imagined it would be. I've dealt with everything from caterpillars to whales and there is never a day when I don't want to go to work.

How often do you give advice?

Most of the time! An annoying amount of the time there's nothing wrong and the call we've received is a hoax or there's been a misunderstanding. That happens too often.
But for the most part its people needing advice, we don't often come across people who are deliberately cruel, usually it's ignorance or neglect.

With the cases of deliberate cruelty, where an animal has been dumped, stabbed, kicked or poisoned, it can be challenging to find the people responsible.

That must be very frustrating...

Oh yes. One example just last month a woman found a 12-week-old kitten shivering and not quite right on her doorstep. We took the kitten to the vets who did a fantastic job warming him up only to discover during a routine x-ray that he had injuries consistent with being repeatedly kicked.

The kitten unfortunately died later and we will probably never know who did it. Although, I would dearly love to be able to prosecute them.

When you've been dealing with cases like that, how do you manage to unwind?

I guess over the years I've learnt to switch off to some degree, but that said the job always comes home with you. Every inspector ends up bringing work home, and we probably always will - it's the nature of the job. 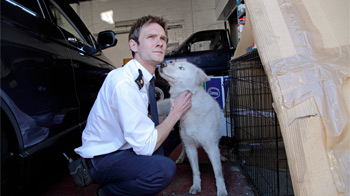 Want to be an RSPCA inspector? Find out about training and if we're currently recruiting. 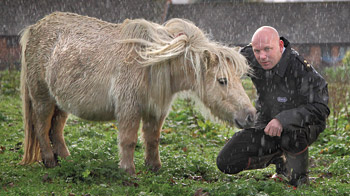 Do you have what it takes to be an RSPCA inspector? 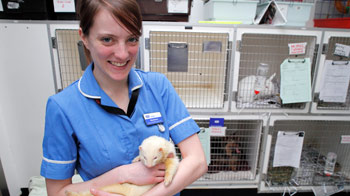 Want a job working for a leading animal welfare charity?