How our investigations work

We investigate and prosecute animal cruelty reported to us by members of the public who are concerned about the welfare of animals. We're often asked how this process works and why it takes time before we act or prosecute. Here you'll find the answers along with our other frequently asked questions.

How the investigation process works

When an alleged offence has been committed, our investigators must gather evidence in order to prepare a case file. This may include:

We have no special powers to gather this evidence but we use the law to ensure we carry out our job as best we can.

Our investigators put together a case file and submit this to our independent prosecutions team who will review all of the evidence and consider whether the case should be prosecuted and progress to court. When determining this they use Crown Prosecution Service (CPS) guidelines and must determine whether the evidence is strong enough and if it's in the public interest. This means taking into consideration factors such as mental health issues of those involved.

Why it takes so long to investigate

It's vital that our officers carry out a full and thorough investigation when following up on reports of animal cruelty or neglect. While we don't have powers like police, we carry out an investigation in a similar way to them and that involves gathering evidence, taking statements and seeking expert advice.

We have to make sure we follow proper processes and follow the law to build a strong legal case.

How many reports do we have to receive in order to act?

When assessing a situation we rely on the quality of the information provided, rather than the number of reports. That means that just one call can be sufficient to start an investigation. Receiving multiple reports about the same animal can be detrimental because these can stop other callers from getting through to our call-takers on our national cruelty line.

What the law says

It's not always as clear that an offence has been committed as it may first seem. The laws that we investigate offences under (such as the Animal Welfare Act 2006) are really specific in what counts as an offence.

Our officers must provide evidence to prove that an offence has been committed in line with this legislation. This means that in many cases we have to provide evidence that an animal has suffered; normally we do this by using the opinion of veterinary experts. Without this evidence, it's almost impossible for us to bring a case.

We were founded in 1824 and began taking prosecutions for animal cruelty as early as the 1830s because there was no one else protecting animals. The first police force was not founded until later.

We're proud of our history bringing animal abusers to justice and, for many years, we have been the main body investigating and prosecuting animal welfare cases in England and Wales. The police and Crown Prosecution Service (CPS) can also bring animal cruelty and neglect cases and we regularly work closely with them on investigations.

How is a private prosecution different to one brought by the Crown Prosecution Service?

Once the case is listed in court the only difference is that the prosecuting lawyer is there on behalf of us instead of being employed by the Crown Prosecution Service. The court process is the same, as are the penalties if convicted.

The courts are very busy and the judicial process can be lengthy. We're guided by the availability of dates for court space, and legal representatives and witnesses.

The maximum sentence someone convicted of animal cruelty can face

The maximum sentence for anyone convicted of an animal welfare offence is five years in prison. We don't sentence people - that's the role of the court, and penalties are decided by the magistrates or judge and will depend on the circumstances.

We campaigned for many years to increase maximum sentences for people convicted of animal cruelty to act as a better deterrent, reflect the severity of their crimes, and better protect animals. The Animal Welfare (Sentencing) Act - and the maximum five year sentence - was introduced in June 2021.

We also investigate cases under other legislation, such as the Wildlife and Countryside Act and the Protection of Badgers Act, which have shorter sentences. Some of our complex cases - often led by our Special Operations Unit - sometimes involve other offences under the Fraud Act, for example, which can see longer prison sentences.

What happens to the animals when an owner is prosecuted

Our main priority is always the welfare of the animals caught up in any offences or investigation, as well as seeking justice for those animals. The main aim of prosecuting an individual is to ensure that their animals, and any future animals, are protected and we will, in most cases, remind the magistrate or judge of their powers to disqualify a defendant from owning or being involved in the care of animals in the future.

In some cases, owners may choose to voluntarily sign their animals over to us so that we can rehome them more quickly. In other cases, a court may disqualify them from owning animals and transfer the ownership of their animals to us so that we can rehome them. Our aim is always to rehome animals as quickly as possible to ensure they have the best quality of life. These decisions are made by the courts, however, so we must adhere to any orders that they instruct.

Are we giving up our prosecuting activity?

We're proud of our long history investigating and prosecuting animal cruelty but the world is changing and with longer prison sentences now in force this places a huge responsibility on us, as a charity. We believe this responsibility should sit with the Crown Prosecution Service (CPS), a statutory public body with regulatory oversight.

We have started negotiations with CPS and the Governments in England and Wales on handing this role over and are having constructive discussions with them and others.

We have to be very careful as to what information can be released to the public before a case has concluded due to strict laws including data protection and the need to avoid prejudicing the trial.

We know this can be frustrating but we have to be careful that we don't release sensitive information which could lead to us being fined or jeopardising a future court case.

In 2019 we secured 1,432 convictions relating to animal welfare offences, which meant we achieved a 93.7% success rate from all our cases. Read more information about our prosecutions. 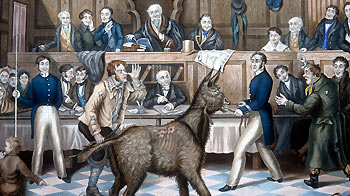 How we decide to prosecute

We ensure a consistent, fair and independent review of the evidence. 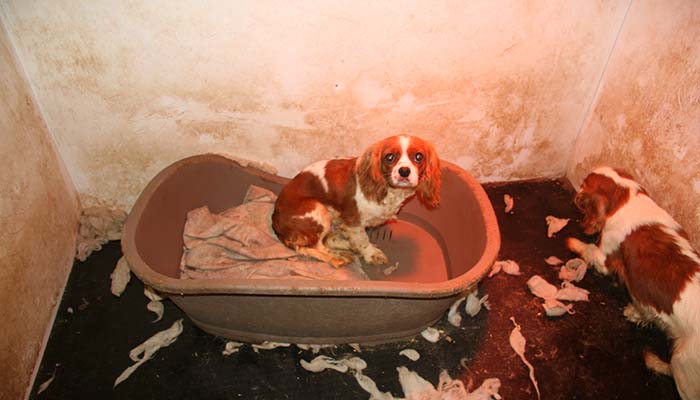 What it takes to take a puppy farm investigation to court. 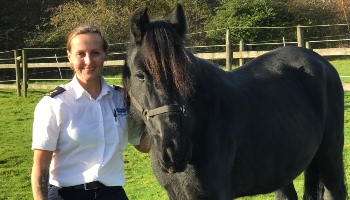 Stories which represent some of the shocking cases of neglect and cruelty our officers face.