Changes to our prosecution role

As part of our new strategy, we are exploring transferring our prosecutions role to the CPS. This decision has been taken due to a number of changes to society and legislation and the wider world in which we operate. Please take a couple of minutes to watch our film which will explain more about why we have taken this decision.

Here are our reasons:

A key part of our strategy is working in partnership with other organisations who have the resources, expertise and responsibility to support us to help animals. The CPS is a statutory public body with responsibility for prosecuting in England and Wales. We would still have a crucial role to play in prosecutions through our inspectors' investigation work, collecting evidence of animal cruelty to pass to the CPS. But passing the prosecutor role to the CPS frees up our resources to focus on our unique rescue, investigation and care work where we can make the most difference to animals.

Changes to the law:

Very soon, we hope that our campaign for tougher sentences for animal cruelty will finally become law, increasing sentences for the worst cases of abuse from 6 months to 5 years. This means defendants may face significant prison sentences if they commit the worst offences. This is a huge responsibility for a charity and we feel this responsibility is more appropriately dealt with by the CPS, which is a government body with statutory powers and oversight.

The types of cases we prosecute:

A number of the cases we prosecute now involve hardened criminal gangs committing offences, such as puppy farming, cockfighting and other serious crimes. We are an animal charity and our concern is welfare but more of these cases are involving complex and serious offences outside of animal welfare, such as fraud. With the growing trend in puppy ownership during the past year, we believe we will see more and more of such cases.

The public's expectations of charities have changed and there is still work to do to rebuild trust in charities across the board. There is, rightly, a lot of scrutiny of charities' work and an expectation that they focus on their core functions. We remain the only charity in the British Isles which is the principal prosecutor for a whole category of offences - animal welfare.

We would still have a crucial role investigating cruelty. In fact we are seeking statutory powers for our frontline officers which would allow them to reach animals more quickly and make our improvement notices legally enforceable. We feel that with these enhanced powers it makes sense that we separate the investigating and prosecuting roles.

When will this happen?

The transfer of prosecution powers is unlikely to happen quickly, due to the Government's focus on the pandemic and Brexit, but we have written to the CPS and had a meeting with Defra to inform them of our intention and will continue negotiations in 2021.

This week we've proudly launched our ambitious new Together for Animal Welfare strategy, detailing our top priorities in the run-up to 2030. As it says on the tin, we know that we need to work with partners in animal welfare and beyond to share resources and expertise to do our very best to tackle animal cruelty - for good.

We want to be able to help animals as quickly and effectively as we can and we are seeking statutory powers for our frontline rescuers so they can enter private gardens and land (but not houses) to help animals rather than relying on the police. Not only will this help animals, it will free up the police's hard-pressed resources.

When we were founded back in 1824, we inspired the set-up of many SPCAs worldwide, which all work differently due to different legislation in each country. In our mission to do our best for animals, we have looked at how these charities across the British Isles operate. SPCAs in Scotland and Ireland already have statutory powers. We are looking at taking a step back from prosecutions and passing on our investigations evidence to the Crown Prosecutions Service (CPS) to prosecute - similar to what already happens in the rest of the British Isles. We are committed as ever to ensuring animals who suffer cruelty, abuse and neglect get the justice they deserve and our role in investigating animal welfare offences won't change.

Today we're speaking to the Scottish SPCA's Chief Superintendent, Mike Flynn, about how they operate, and how this ties in with our new strategy. Mike joined the charity 34 years ago and was working as a frontline officer when statutory powers were introduced in 2006.

Hi Mike! Tell us a bit about yourself and your career 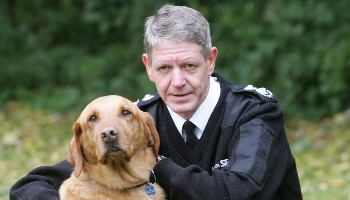 "I joined the SSPCA when I was 27 years old. I had been a pub landlord and although business was really good, I kept thinking back to days when I worked as a zoo keeper; my passion for animals led me to the SSPCA. It was hard to get in, they only recruited when someone left but eventually I got my chance. My time with the SSPCA has been varied - I worked as a driver for a horse ambulance, an inspector in Edinburgh and West Lothian and I was stationed on the Shetland Islands for six months and again when the Baer oil tanker ran aground spilling its cargo of oil affecting thousands of seabirds and seals. I'm very proud of that time leading the rescue efforts. Since then I started out special investigations unit covering investigations into puppy farming, badger baiting and dog fighting and providing feedback on political consultations to help shape legislation to help animals, the Society played a major part in formulating the Animal Health and Welfare (Scotland) Act 2006."

What were the limitations before the Scottish SPCA had statutory powers?

"Before we had statutory powers, if we suspected an animal was suffering, and the owner did not cooperate we were unable to do anything until we had gone to the police and asked them to go to court to get a warrant. This could take three or four days and in that time, you knew that animal is helpless and in pain. Now we are able to get a warrant ourselves, we can set that in motion and save that animal the same day. We can act much more quickly to make sure that animal is brought to safety."

How has the role of a Scottish SPCA field officer changed since then?

"As well as reaching animals more quickly, we now have the power to serve statutory notices. These are legal notices which have to be complied with - otherwise the person who receives it is breaking the law if they do not comply. It's meant that people take us much more seriously and are more likely to care for their animals better.

"We still use improvement notices, which aren't legally enforceable, in the first instance. We issue a couple of hundred of these advisory notices each year and we find that generally people will make improvements because they don't want to receive a statutory notice. That might mean cleaning up where the animals live, providing better shelter, getting animals neutered so they aren't breeding out of control, getting vet care or giving more enrichment. This may be the lower end of suffering but it's important to realise that these types of incidents are the ones which can progress to really serious welfare problems. By resolving these quickly with education we are creating better pet owners and fewer serious problems in the future. As a result it's not very often we have to serve people with a statutory notice and we only hand out a handful a year.

"In cases of more serious animal welfare complaints, although our statutory powers allow us entry to gardens and fields to check on animals, we cannot go into a person's house without a warrant. However, statutory powers mean that we can go to court in our own name and apply for our own warrants, which obviously frees up a lot of time for the police service who used to have to make the application.

"We can go to court in the morning and have a warrant by the afternoon which allows animals to be removed so we can reach suffering animals more quickly. We still take police officers with us to execute the warrant but we prepare and submit the case to the Crown Office which obviously less burdensome on the police who simply supply a single statement."

How do you operate with regards to prosecutions?

"Private prosecutions are not allowed in Scotland, so we have always investigated and passed cases to the Crown Office Procurator Fiscal (the Scottish equivalent to the Crown Prosecution Service in England and Wales) who decides whether there is sufficient evidence to prosecute and whether it is in the public interest. For example if there are severe mental health issues which mitigate the case, they may decide it is not in the public interest to proceed.

"The cases which are taken forward are prosecuted by a Fiscal (a legal prosecutor similar to those in the CPS), after being marked for proceedings by a small group of Fiscals with specialist animal welfare knowledge. Our officers liaise with them to ensure all the necessary evidence for the case is provided. We enjoy a good working relationship with the Fiscal, and are kept up to date with developments.

"When cases go to trial, we've found that because our officers have statutory powers it has reduced the time they need to give evidence for as we do not establish the legal basis for our officers being involved in the first place, especially if we have sought our own warrant.

"Having statutory powers has helped us get justice more quickly for animals. Although we've seen a reduction in the number of animal owners who end up in court, that is no reflection on how seriously the Fiscal takes our cases - a majority of cases we send to them end up in court. This reduction is down to the prevention work done by our officers - our ability to serve statutory notices means that in most cases, people have acted on the improvement notices we have served in the first place. This means animals' lives are being made better more quickly and owners do not end up in court - it's a win-win for animals, people and the justice system."

What this means for us at the RSPCA

It's clear that the way in which the Scottish SPCA operates enables animals to be helped more quickly, and that owners take their concerns more seriously. The Scottish courts work well with frontline SSPCA officers and treat their evidence seriously. We're confident that our new #TogetherForAnimalWelfare strategy will enable us to do the same across England and Wales.

'Prevention' remains the very important 'P' in our name, and this change in our ways of working will enable us to fulfil our bold ambition to reduce animal cruelty by half. 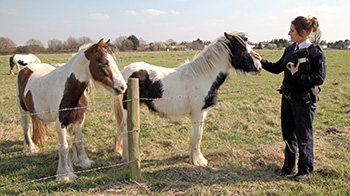 In our mission is to improve the lives of all animals. 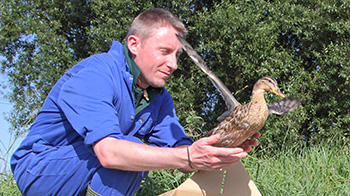 Every year we take in and care for thousands of animals. 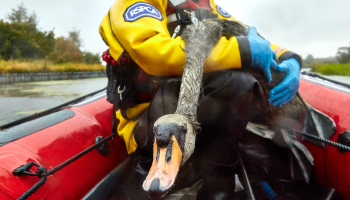 For nearly 200 years, we've been there for animals. Our strategy highlights the ways we'll remain dedicated to this cause. 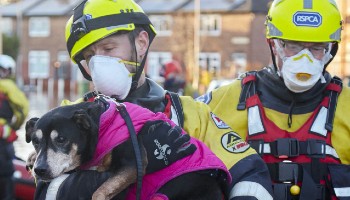 Discover more about our ambitions to 2030