How should you introduce rabbits?

Introducing unfamiliar rabbits needs to be done carefully. Initially, you can provide side by side accommodation that will allow the rabbits to see and smell each other, but also hide should they want to. You can then prepare a neutral area in a new environment for both rabbits. Build up the time they spend together, and once they are spending one to two hours together, without problems, they can be introduced to their intended living space. Be aware of the signs of positive and negative behaviour, and if you're concerned about your rabbit's behaviour, seek veterinary advice.

Male rabbits can take up to six weeks to become sterile after they're neutered.

Females shouldn't be bonded with another rabbit immediately post-neutering to reduce the risk of injury.

Provide a barrier between the rabbits' enclosures, that still allows them to see/smell each other, and lie side by side. Each rabbit must also be able to hide from the other whenever they want - ensure they both have constant access to hiding places.

This needs to be somewhere neither rabbit has been housed before.

Know the signs of positive and negative behaviour

Housing rabbits close to one another

Short periods of being together with supervision

Always speak to your vet for more detailed advice before attempting to bond rabbits. And if you're concerned about your rabbit's behaviour, seek veterinary advice. 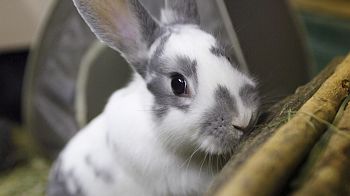 Is my rabbit suffering from stress?

Find out more about the behavioural needs of rabbits. 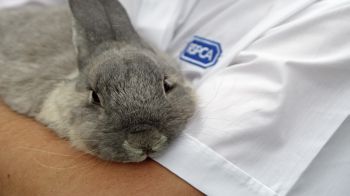 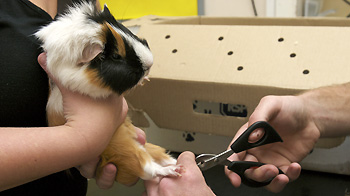