What is 'dog fighting'? 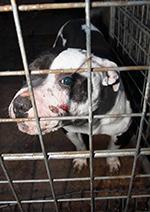 Despite this cruel activity being illegal for over 180 years, we still investigate and prosecute dog fighting offences. Dogs are trained to fight and are pitted against each other with the aim of inflicting as much pain and damage as possible.

For the dogs unfortunate enough to fall into the hands of dog fighters, life is full of pain and violence. With dogs treated as nothing more than pieces of sporting equipment to be disposed of when damaged.

After fights many dogs are left with horrific injuries and rather than taking them to a vet, dog fighters will perform crude surgeries without anaesthetic. Often using staple guns or super glue to close up wounds.

Most dogs used for fighting will ultimately either be killed in the ring, die as a result of their injuries or in some cases be killed by their owners.

What are we doing to stop it?

We have a 'Special Operations Unit' (SOU) made up of a team of investigators who are trained in monitoring and uncovering organised animal cruelty.

The dog fighting world is incredibly dangerous and our investigators often put themselves in harms way to expose this cruelty. Dog fighting cases are some of the most difficult to uncover as they are extremely complex and can involve large numbers of criminals who are very often linked to other types of crime.

It can take months or even years to gather enough evidence to bring a case to court.

Dog fighting is an abhorrent, cruel activity, sickening to any right-minded member of the public. It's one of the most extreme forms of animal cruelty the RSPCA investigates.

What can you do to help? 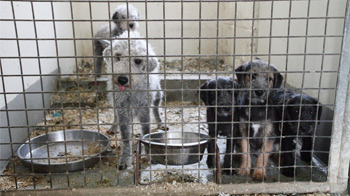 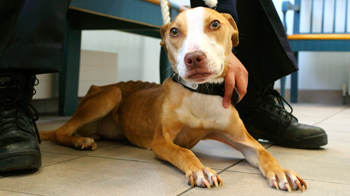 Love dogs? So do we! But, not all are so lucky. Take part in our campaigns to protect dog welfare.