To give your pet chinchillas a happy, healthy life, here's what to do to give them the care and attention they need.

Caring for your chinchillas

Make sure you feed your chinchillas the right diet - this should be mainly hay and grass, which help prevent lots of common problems such as dental and gut disease.

Check your chinchillas are eating everyday and that they're passing plenty of dry droppings. Keep an eye on the amount and types of food they eat, and how much they drink. If their eating or drinking habits change or the quantity of their droppings reduces or stops, ask your vet immediately, as they could be seriously ill.

Give your chinchillas a shallow tray filled with clean, fine sand or chinchilla dust to bathe in and keep their fur in good condition. Remove or sieve clean after use to stop it getting soiled.

Chinchillas have similar pain thresholds to people, but aren't good at showing outward signs of pain and may suffer a lot before you notice it. Changes in their normal behaviour can be early signs they're ill or in pain, but because chinchillas sleep during the day, you may not easily notice if they're unwell. If your chinchillas aren't eating or are quieter than usual, they're highly likely to be ill or in pain.

Check your chinchillas for signs of illness or injury everyday, and get someone else to check them if you're away. Observe their behaviour in the evening or at night, when they're most active.

Signs of illness or injury include:

Consult a vet immediately if you suspect your chinchilla is in pain, ill or injured. Take them for routine vet check-ups at least once a year, and consider taking out pet insurance to cover any unexpected vet bills.

Only treat your chinchillas with the medicines recommended for them by a vet, as medicine intended for other animals is dangerous to chinchillas.

Signs your chinchilla is stressed

Chinchillas that are frightened or in pain may change their behaviour or develop unwanted habits, such as aggression or hiding. Stressed chinchillas are more likely to become ill.

Here are some signs to look out for that may show your chinchilla is stressed:

If your chinchilla's behaviour changes or shows regular signs of stress or fear, ask a vet or clinical animal behaviourist for advice. 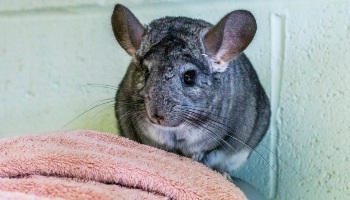 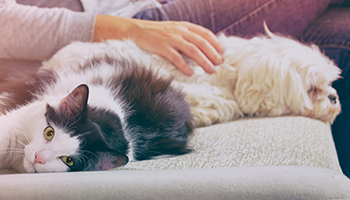 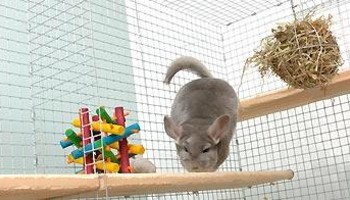