Aggression is a normal part of the way animals behave. People often only consider aggressive behaviour in dogs to be a problem when it reaches biting, but it can include lesser degrees, such as 'grumbling', growling, snarling, teeth-baring and snapping at the air without making contact. Bites too can vary from light touches with the teeth through to inflicting serious injury. Here's more on canine aggression.

What is canine aggression?

Aggression is the outward expression of an emotion and can be used to communicate various intentions. Rather than being something that switches on and off suddenly, aggression is part of a range of behaviours that dogs use to help them deal with life's challenges.

Many of these behaviours are passive, and we only term it 'aggression' when the dog changes from trying to avoid a situation, through things like moving away or showing that they aren't happy, to actively trying to manage the situation.

We've partnered with Clinical Animal Behaviourist David Ryan to answer some of the most frequently asked questions about canine aggression.

The advice offered in these FAQs is recognised by the Association for the Study of Animal Behaviour (ASAB) Accreditation Committee as reflecting good practice by those in the field of clinical behaviour in companion animals. 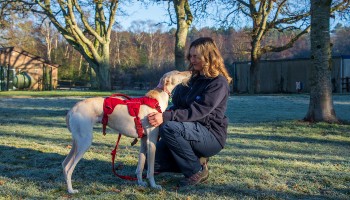 If you are concerned about your pet's behaviour, contact a behaviour expert. 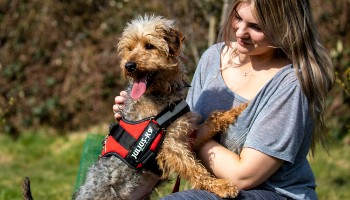 Find out how to establish a good relationship with your dog. 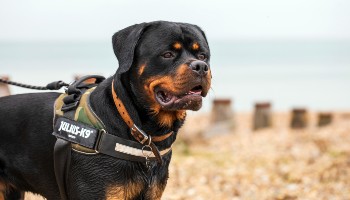