It's not simply that animals are 'like us'; they have rich inner lives we only dimly understand.

If the COVID-19 pandemic has taught us anything, it's that we are primates through and through. We aren't cyborgs, satisfied with digital contact via a little video-chat window; we need smells, touches and close-up observation of actual bodies so that we can react to every positional shift and every little facial muscle twitch. We mirror the body language of others as they mirror ours, leading to the sort of mutual empathy no Zoom session can quite reproduce, and certainly not replace. Like all primates, humans thrive on physical closeness.

At the field station of the Yerkes Primate Center, near Atlanta, I was once part of a team that built a new climbing structure for a large chimpanzee colony. We constructed a tall wooden frame that would allow the apes to sit high above the ground and scan their surroundings for miles about. While we worked on their new space, they were split up into various indoor areas. They missed each other. Proud as we were of our work, we looked forward to their reaction and, when we released the colony, we fully expected them to rush into the new structure. In fact, they barely glanced at it. They had eyes only for each other. They were hooting with excitement and joy as they walked from one to another, touching, kissing, embracing long-lost friends and family. For them, the big moment was intensely social. Inspection of the climbing frame could wait.

We too have engaged in emotional reunions following a period of forced social distancing due to a pandemic whose cause is not known for sure, although it is speculated to have its roots in the consumption of bats, pangolins or other wild animals. Like many viruses before, COVID-19 may have jumped the species barrier.

To treat wildlife so casually is a perfect metaphor for what we are doing to the Earth. Humanity's ongoing exploitation of nature is rooted in the illusion that we aren't really part of it, that we somehow stand above it. Traditionally, the West has depicted humanity as separate, a special creation in the image of God. The logic of that is that we can treat the Earth and other species in any way that we want. This attitude has come back to bite us now, giving us climate change, rising sea levels, massive fires, the extinction of myriad species, and new, viral enemies capable of paralysing the world economy. To get out of this hell of our own making, the first step will be to acknowledge that we are not outside of nature but an integral part of it - and not in a superficial way. We are animals, we are primates, and our minds, habits and environmental needs are not fundamentally different from those of any other organism.

There still exists tremendous resistance to this understanding of ourselves, though. Academics continue to delight in emphasising human uniqueness over commonalities with our animal fellow travellers on Earth. Anthropologists use words such as 'hominisation' and 'anthropogenesis' to stress how big a deal it was for an ape to become human. Without quite saying so, they suggest that some sort of miracle must have happened. In this version of evolution, even species extremely close to us, such as the Neanderthals, can't hold a candle to us. Recent books with titles such as The secret of our success (Joseph Henrich, 2017) or Masters of the planet (Ian Tattersall, 2012) purport to tell us how special we are.

Now, however, there is a generation of scientists working on this issue from the other end, trying to blur the line between humans and other animals. I don't just mean the neuroscientists who know that our brain is merely a large monkey brain or the geneticists who learned from DNA comparisons that humans didn't just derive from apes: we are apes, right in the middle of a small, tailless primate family that includes chimpanzees, bonobos, gorillas and orangutans.

No, I mean students of animal cognition and emotion, who increasingly show that our vaunted mental capacities are less unique than once thought. I personally have been most interested in empathy, the human capacity that suffered the most during the pandemic. This interest started for me when I attended a lecture on the empathy of children. Psychologists described experiments in family homes in which adults were asked to cough, moan or cry as if they were sick and in pain. Young children who could barely walk would approach the suffering adult and console him or her by kissing, touching, or stroking. I was struck by these studies, thinking that, if this is called 'empathy', then my apes have tons of it. They show exactly the same reactions: kissing and embracing individuals distressed by a lost fight or a fall out of a tree. And this behaviour isn't confined to apes. We now have similar studies on empathy in dogs, dolphins, elephants and even rodents. In fact, all social mammals tend to approach others when they are in distress, something they shouldn't do if their own safety were all that mattered. They try to relieve the pain of others.

It is hard to study these phenomena without thinking about the ethical implications for our treatment of animals. The emotional lives of animals and their mental capacities suggest a level of sentience that cannot be callously ignored in the way that humanity has ignored it ever since the Agricultural Revolution. It is obvious that there is enormous room for improvement, especially in relation to farm and research animals.

Recent academic studies seriously undermine the barriers that western philosophy and religion have erected between us as humans and the rest of nature. We live in perilous times and humanity's future success is not guaranteed. But if we are successful as a species, it will undoubtedly be because we have at last come to see ourselves as animals, on a planet shared with other animals. 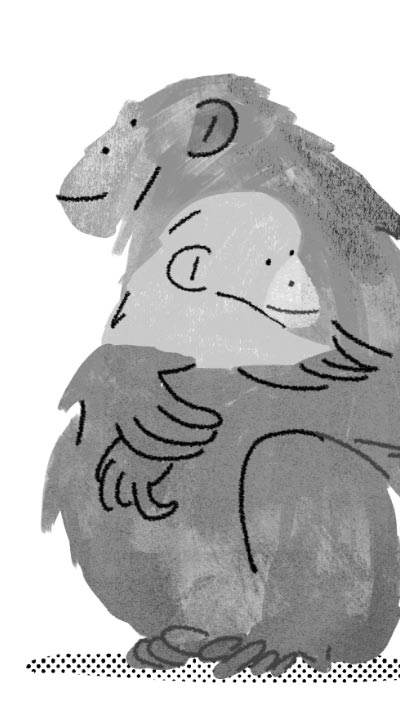 Dr Frans B M de Waal is a Dutch/American biologist and primatologist known for his work on the behaviour and social intelligence of primates. He is C H Candler Professor Emeritus at Emory University and Distinguished Professor Emeritus at Utrecht University. He has been elected to the (US) National Academy of Sciences as well as the Royal Netherlands Academy of Arts and Sciences. 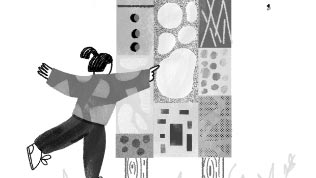 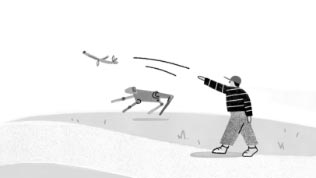 Do we love robots more than animals?

A robotics expert argues that our relationships with robots cast light on our...
Read essay 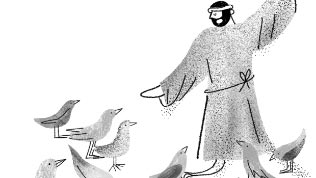 Animal advocacy is inextricably entangled with religion in ways that require us to...
Read essay