In January 2021, the UK Government announced a consultation on gene editing to ask whether the practice could be redefined and whether regulations regarding its use could be relaxed. The outcome could be that genome edited (GE) farm animals would be excluded from the definition of Genetically Modified Organisms (GMOs).

Consequently, products made from GE animals would not be labelled as such, resulting in a huge impact on consumers.

We believe that relaxing regulations on GE livestock would be a huge step backwards for animal welfare and jeopardise ethical consumer choices.

Whilst the move has been positioned by some as a way to meet the demand for animal products, benefit the farming industry, provide more sustainable products and even improve animal health and welfare, we believe that the welfare risks to both the animals used to create GE lines, and the resulting animals, are just too great.

For animals, this liberation of innovation comes at a price.

For the public, it could cost us the ability to make a choice about the food we eat.

What is gene editing?

Genome editing is a group of technologies that enable an organism's genetic material (DNA) to be directly manipulated, for example by adding, removing or 'splicing' (breaking and joining) genetic material at particular locations. Gene editing animals is not the same as natural selection through breeding, because it enables instant and significant changes to the genome.

What are its implications? 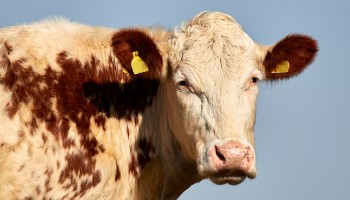 Escalating technologies in this way has serious welfare implications and risks for the animals used to create GE lines, as well as the GE animals themselves.

Relaxing GE regulations could also result in consumer choice being compromised, as consumers may be unaware if their food was created as a result of gene editing. This revokes the public's right to make informed, ethical choices about the foods they consume.

We believe that the UK Government should be aiming for the highest animal welfare standards. Additionally, we believe there is a duty to protect the consumer and ensure that people have the right to choose products on ethical and animal welfare grounds.

While the production of GE food and products is devolved, there would be significant consequences for the devolved nations such as Scotland and Wales. In the instance that this is allowed in England, both nations could be forced to allow these foods for sale in their countries, without the need for mandatory labelling.

Thank you to everyone who has taken action against gene editing, the action has now closed. Please subscribe to our campaigns newsletter so we can keep you updated on our progress and future actions.