Despite all goldfish being a single species, there is a multitude of varieties. Slim-bodied, short-finned fish with 'single tails' are the natural shape and are faster, more able swimmers and generally hardier. The other breeds aren't found in the wild as they've been bred by humans, they're slow moving and have shorter bodies and a 'twin-tail'.

Short and long-tailed varieties shouldn't be kept together as you'll find the long-tailed fish will often miss out on food given their slower speed.

The common goldfish is streamlined and fast. It's also one of the hardiest as it hasn't been weakened by selective breeding. These fish have 'single tails'.

There are many 'fancy' varieties of goldfish and are generally split into the hardier 'single-tailed' and more specialist 'twin-tailed' varieties. These can be very difficult to look after as selective breeding has made them prone to inherited health problems.

Some tropical fish have also been bred by humans to produce new varieties, particularly mollies and bettas.

It's best to choose species that live at varying depths of the aquarium to maximise the available space. See the behaviour page for information about the behaviour of different fish types.

The number of fish you can keep in an aquarium depends not only on the water quality but also the behavioural needs of the fish. For example, lots of fish in a tank will have to compete for food and they may become stressed as a result.

Remember this page only gives a basic overview and it's important that you research the species to find out their exact requirements, including:

See the care sheets from OATA for more information. 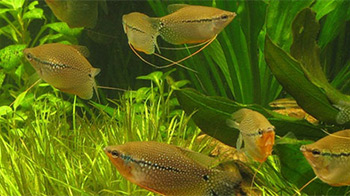 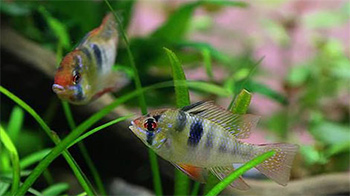 A suitable environment for fish

It's important to make sure you set up the tank for the type of fish you want to keep. 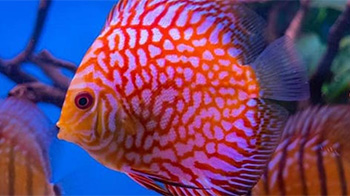 Owning aquarium fish can be rewarding but it's a big responsibility.