There are many species of fish used in aquaculture, and these are farmed in both freshwater and seawater. They are produced in a wide variety of systems, which range from closed systems, where the water is artificially re-circulated, to open systems where the fish are contained in more natural bodies of water, such as a pond or sea enclosure.

Atlantic salmon is one of the most commonly farmed fish species in the UK, with farms mainly located in the Scottish highlands. There is a freshwater and seawater stage to their lives.

Fertilised salmon eggs are usually grown in trays. The eggs hatch into 'alevins' or 'yolk sac fry' and they spend time on the bottom of their trays until their yolk sac has been absorbed. They then start to rise up into the water column as 'first feeding fry'.

As 'first feeding fry' they are transferred to larger tanks or freshwater lochs. They spend a significant period of time in freshwater before they are ready to go to sea.

Eventually, certain physiological and external signals, trigger a transformation in the appearance and behaviour of the young salmon. These changes result in the young fish being ready to go to sea - a process called 'smoltification'. The fish will then be reared in seawater enclosures for the next one to two years.

Once salmon have reached the required weight, they are pumped or netted out of their enclosure and slaughtered.

There are a number of ways in which fish can be transported, the most common being by road, boat or helicopter.

One transport method is wellboats where the fish are transported in a specially-designed well in the hold of the boat. The water quality (temperature, pH, oxygen etc.) in the wellboats can be controlled, and underwater cameras monitor the fish.

Find out about some of the key welfare issues for farmed fish. 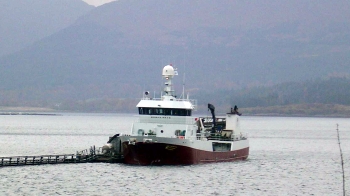 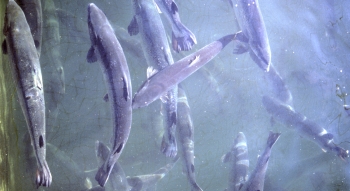 Farmed fish - what are we doing?

Some of the ways in which we're trying to improve farmed fish welfare. 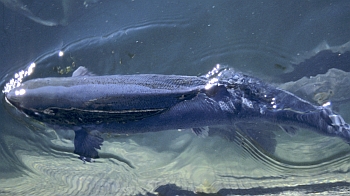 Farmed fish - how can you help?