The smell of ammonia from the barn was almost overwhelming - even with the barn doors shut the smell was still strong from outside. Our inspectors and colleagues were shocked at the sight that lay before them. The five animals were being kept in appalling conditions, living in their own excrement and all were covered with faecal matter. Each stall was around a foot deep with wet, rotting manure. Wellingtons and waterproof overalls had to be worn just to walk up the central alleyway of the barn.

Based on the depth of faecal material accumulated it was estimated the stalls hadn't been appropriately cleaned out for at least six months. Three of the stable doors were being pushed open by bedding, leaving a gap where a horse could possibly trap a leg. They had to dig out bedding wedged in front of each stable before they could even gain access to the ponies.

The state of the horses 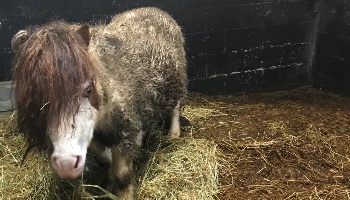 Marley - a 10-year-old skewbald Shetland stallion - was found with extremely long hooves, particularly his front left which was curling around. His stable was full of dirty bedding. Once outside he immediately and repeatedly rolled on the ground to scratch his skin.

Hamish, a six-year-old skewbald stallion cob and Dexter, an eleven-year-old piebald gelding both had very dirty coats and overgrown hooves. Hamish had severe matting around his feet which covered his extremely overgrown hooves. His mane was extremely overgrown and matted and even the hairs on his top lip were matted with faecal material. When opening the stable door, it was clear neither had been out for some time and were very unsure both physically and mentally on how to exit the stable.

No foot trimming for over a year

A veterinary surgeon attended the location and after examining each pony individually advised that all of them needed to be removed on welfare grounds.

Radiographs that showed the extent of the overgrowth of the hooves were taken the next day in order to assist the farrier. Based on the amount of excessive hoof growth present the vet estimated that the ponies hadn't had any foot trimming for at least six to twelve months and most likely much longer.

The woman responsible for the ponies admitted in an interview that they hadn't been let out of their stables for months, nor had she groomed them for months. She pleaded guilty to three offences contrary to the Animal Welfare Act 2006 including causing unnecessary suffering to Marley, Hamish and Roxy and failing to meet the needs of all five ponies.

Magistrates imposed a five-year disqualification in relation to horses and ordered her to pay costs.

Two of the ponies have since been rehomed, with the remaining three soon to be made available for rehoming. 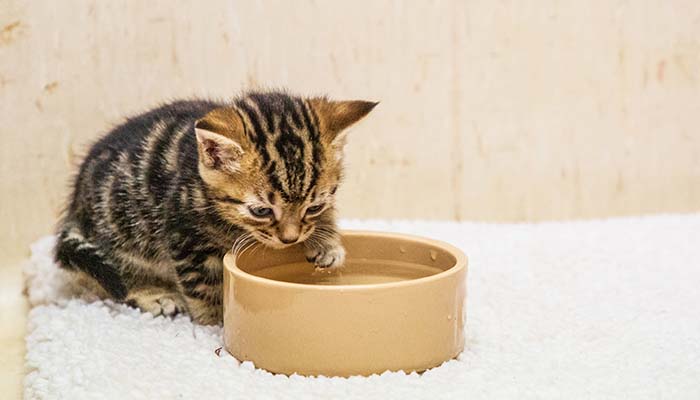