How to keep grey squirrels out of your garden

Some people consider grey squirrels a problem and don't want them in their garden. The best way to keep them out or get rid of them is to make your garden an unsuitable habitat for them.

Addressing the reason they're attracted to a particular area, and removing access points to places such as roof cavities, will prevent problems arising in the first place and stop problems reoccurring.

How to keep grey squirrels out of your garden

Grey squirrels are attracted to areas like gardens that have access to food and shelter. To discourage them try to reduce the food available. Changes you can make in your garden are:

If you're having problems with grey squirrels burying food in your lawn, don't put out nuts and other hard foods for birds or squirrels.

Moving grey squirrels out of your garden

Under The Invasive Alien Species (Enforcement and Permitting) Order 2019 and Wildlife and Countryside Act 1981 it's illegal to relocate grey squirrels, as they're a non-native species.

Relocated squirrels can also have difficulty settling into an established population and may either die or keep travelling. In suburban areas, a displaced squirrel is more likely to be killed by a car, a dog or a cat.

If the nest isn't being used then you can remove the tree. Check to ensure there's no offspring in the nest before removing the tree or any branches which could affect the nest.

If the nest is being used but the tree or branch is dangerous and must be removed, we'd recommend carefully removing any young and following our advice on how to reunite them with their mother. This should only be done if the branch or tree is causing serious health and safety risk, as any baby squirrels not reunited with their mum will have to be euthanised under the new legislation.

Stop squirrels nesting on your roof

The eaves, soffits and the rest of the roof should be kept in good repair to prevent access. Any branches that overhang the roof which could provide the squirrels with easy access to the property should be cut back.

Points of access should be blocked with strong wire mesh (like weldmesh or hexagonal mesh of 16 gauge and no more than 25-millimetre size mesh). Any damage should also be repaired.

Squirrels living in your loft

If squirrels are in your loft, without causing a disturbance, try and find out if the squirrel has built a nest and is rearing young.

If you find baby squirrels

Because the new invasive alien species legislation prohibits the rehabilitation and release of grey squirrels, if you remove young squirrels that can't be reunited with their mother, the only option is euthanasia. Therefore if there are baby squirrels in your loft, you should wait until they've left the nest (around 10-12 weeks old).

Wait until the whole family is safely able to survive outside, signs like seeing the young foraging for food outside for two to three weeks.

If you're unable to wait for the young to leave the nest, you'll need to reunite any dependent young with their mother.

If there's no nest in your loft

If there's no nest present, make sure the squirrel is outside before blocking access. The best times to do this is mid-morning and mid-afternoon when grey squirrels tend to be out foraging.

In autumn, it's best to get squirrels out as soon as possible in order to encourage them to prepare nests outside for the winter.

In general terms, our wildlife policy is against killing or taking wildlife. In circumstances where there is a proven case for control, we always suggest the use of non-harmful methods of deterrence wherever possible.

Killing squirrels is unlikely to be a long-term solution, as other squirrels may quickly replace them - perhaps within as little as a month. Alternative approaches to address what's attracting them to the area, such as food and shelter, maybe more effective.

Killing should only be considered if there's a serious problem and the alternative non-lethal means are ineffective or impractical. In this case, control should only be carried out legally by a professional - using methods that are precisely targeted and carried out in the most humane method possible.

It's not against the law for grey squirrels to be caught and killed, including live-catch cage traps or approved spring traps. If a live-catch trap is used, it must be checked several times a day and any captured grey squirrels humanely killed.

Under the Animal Welfare Act 2006, it's an offence if any unnecessary suffering is caused to wild animals which are under the control of man, such as while caught in a trap. Therefore if you decide to proceed with the lethal control of squirrels, we suggest that you contact a reputable pest control contractor who is trained to carry out measures legally and humanely. 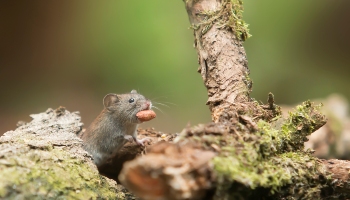 What wildlife deterrents there are and the risk it can create for animals. 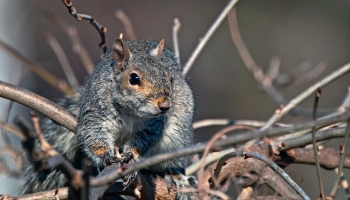 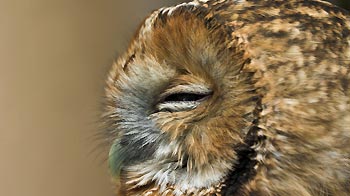 We outline some of the laws relating to wildlife.