Hamsters are generally solitary animals, and can be aggressive towards other hamsters. Not all species of hamster can be housed in groups, and Syrian and Chinese hamsters in particular aren't naturally sociable and are better kept on their own. With the right care and conditions, Dwarf hamsters can be housed together.

It's important to make sure groups of hamsters are compatible because when hamsters get aggressive towards each other it can be very traumatic and lead to serious injury or even death.

Hamsters use odours including pheromones to communicate. For this reason:

Read more in our guide to housing hamsters in groups.

Hamsters are timid animals, and although they can get used to careful handlers, they can get scared and aggressive if they feel threatened. Hamsters enjoy interacting with people who handle them carefully and are sympathetic to their needs. You can help them to feel calm around you by having regular positive interactions with them and gently getting them used to you. Read more in our advice on handling your hamster.

Keeping hamsters with other pets

Hamsters can find the presence and scent of other animals in the home stressful, so make sure your other pets can't access your hamster and its cage. Always keep a constant eye on your hamster when they're with another animal that may deliberately or accidentally harm or frighten them - even if you think they're good friends. 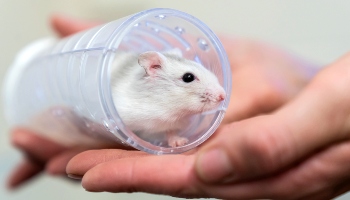 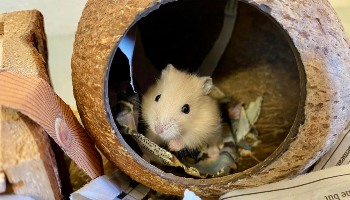 Suitable environment for your hamster

Find out more about the environmental needs of your hamster 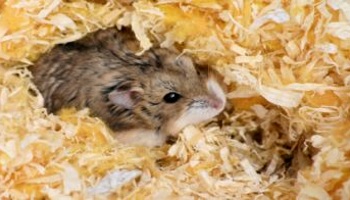 Find out more about the behavioural needs of hamsters