Primates are very intelligent, social, wild animals with complicated needs that can't be met in a home environment.

This is why we are calling for a ban on the keeping and trade of primates as pets.

Primates should not be considered as pets in the accepted sense of the word. They are wild undomesticated animals that cannot be house-trained or fully tamed.

Some species of primate can live for 20-40 years. Whilst they might look 'cute', when they mature they can become aggressive and have been know to bite and attack their owners.

Metabolic bone disease (rickets) is a common, debilitating and painful, health problem in pet primates caused by poor diet and lack of UV light. Primates have specialised diets - contrary to what breeders may say.

Primates need specialist vets that can expensive and hard to find. Primates can spread disease to humans such as measles and herpes.

Primates must be reared by their mothers - removing them too early in attempt to 'tame' them causes extreme suffering.

Primates need to be socialised with other primates

"Being social is a striking feature of primates, and perhaps the most important in terms of meeting their needs".

Primates are highly social animals - keeping them alone is inhumane. Human company is in no way a replacement for living with other compatible primates of their own kind.

Concerned about the welfare of a primate or want to report cruelty?

Please contact us to report cruelty or an animal in distress. 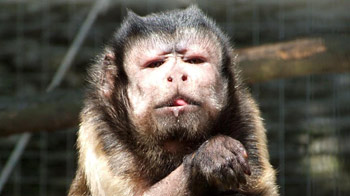 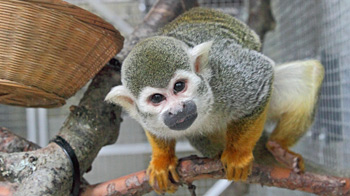