We're concerned that the way in which many turkeys are reared, handled, transported and slaughtered/killed could be greatly improved. Here's more on the key issues surrounding the welfare of turkeys reared for meat in the UK. 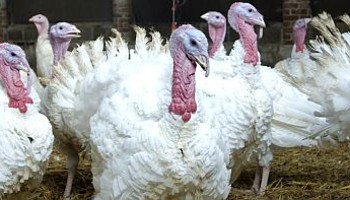 Turkeys reared in standard systems often aren't given enough space or facilities to carry out all their natural behaviours properly, such as foraging or perching, or moving around freely.

Not having enough space can also cause problems such as:

Farmers can help avoid these problems by giving the turkeys more space per bird and providing environmental enrichment to allow them to move around, exercise and perform their normal behaviours.

Turkeys may have their beaks trimmed if there's a risk of feather pecking, which can cause injuries and sometimes lead to cannibalism. This procedure reduces the risk of the turkeys harming each other, but it can be painful depending on the technique used.

Lighting may be kept at low levels to further reduce the risk of feather pecking. This can prevent the birds from performing many of their natural behaviours and reduce bird activity.

Turkeys can experience considerable suffering if they're not handled carefully. There's a risk of bone fractures and breaks, dislocated hips and bruising when they're caught at the end of rearing, put into transport crates and during transport.

Careful management and providing turkeys with the things they need to carry out their natural behaviours can help to avoid all the welfare problems described above.

If you're concerned about turkey welfare, then find out how you can help. 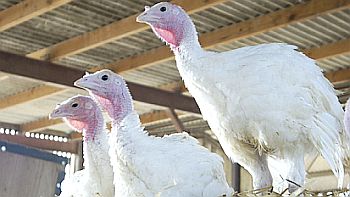 Turkeys - how can you help?

How you can help to improve the lives of turkeys. 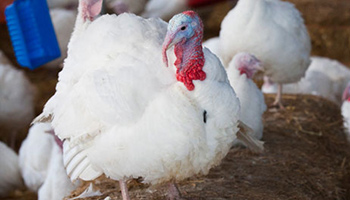 What are we doing to help turkeys

We're working in different ways to raise welfare standards for turkeys in the UK and beyond. 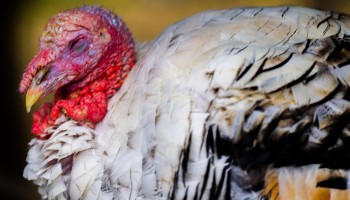 Information about how turkeys are typically farmed.