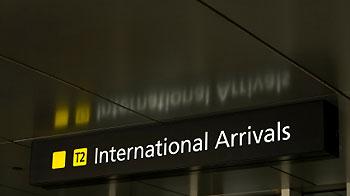 The Airport Hostel is a significant era in our history and heritage - and yet one not widely known about.

From 1952 to 1981 we took in millions of tired and sick animals who were travelling to, or through, the UK from around the world.

"In 1954 one in seven British airline passengers had four feet."

The hostel was the first of its kind in the world. We never agreed with the trade in animals, but we did want to alleviate the suffering of animals whose immediate fate we could not change.

1952 was the year air travel really took off and two legged passengers were often unaware of their fellow four legged passengers down below. In 1954 the first British passenger airline (BOAC) claimed; 'one in every seven passengers has four feet'. So there was clearly a high demand for our caring services.

In 1954, Flight, an airline magazine, showed just how great that need was. It jovially reported how in just one month over 37,000 creatures were checked in at the RSPCA hostel, including 3,289 monkeys, 110 dogs, three wolf cubs, two lions and one crocodile.

In fact, as Flight reported, 'almost the only animal not received at the hostel was the giraffe, and that merely because no freighter is yet in service with sufficient headroom for these animals'.

Read the full article, Zoological passengers (PDF 5.96MB), featuring photos of some of the 'passengers'.

By 1970 patients had risen to one million a year, with many more not surviving the journey. Thanks to tireless campaigning and a change in public attitude the trend started to break. In 1972 we won a national press award for our advert which read: 'It's surprising how many flights into Britain arrive too late'.

From 1975 there was a steady, welcome decline in patients up until the hostel closed in 1981. It amalgamated with the quarantine building at Heathrow Airport, which is now known as the Heathrow Animal Reception Centre.