null Will you make a donation to the Australian bushfires?

Will you make a donation to the Australian bushfires?

The fires that have devastated the Australian continent over the past weeks, claiming the lives of people and forcing many to leave their homes, continue to burn and the worst is still to come as the summer rolls on.

Wildlife and natural habitats have been affected on an unprecedented scale. The heartbreaking images of displaced, injured and killed animals are pouring in by the minute and it's hard to comprehend the scale and sheer enormity of this disaster, the consequences of which will carry on to the next generation. The habitats of millions of animals have been destroyed, livestock trapped and lost in the fires and thousands of people and their pets have had to evacuate and leave their homes behind.

Speaking to colleagues across the animal welfare sector, in Australia and globally, we know that everyone is doing everything they can to help. In nearly 20 years of working for the RSPCA International I've not seen a disaster of this scale that has affected so many different animal species. Given that Australia is home to such incredibly rich and diverse wildlife this truly is an animal disaster emergency. It's heart-breaking to see the images of dead animals scattered across the landscape, and frightened animals desperate to escape the fires. Those images will be deeply etched in everyone's minds for a long time to come.

These disasters often affect the poorest communities and their animals. However, the scale of the destruction caused by the Australian wildfires is like nothing we've seen before. If this isn't the final call to action on climate change and clean energy then nothing else will ever be. A billion animals have been killed, many already on the brink of extinction. It's hard to imagine how many years and decades it will take to come back from this epic catastrophe. 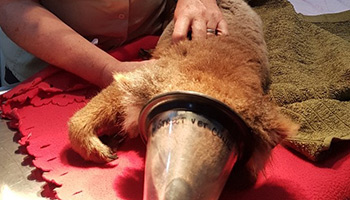 The organisations and charities across Australia are working tirelessly to rescue and rehabilitate as many animals as they can, but this is already a race against time, as the fires continue to burn and the capacities to respond are stretched to the very limits. We're in contact with the frontline on the ground who are providing the most needed veterinary assistance to the devastated Kangaroo island, finding and treating survivors (kangaroos, wallabies and koalas).

Currently most funds are dispersed for the immediate veterinary care for surviving animals in the most badly affected regions in the eastern and southern territories, but there's a desperate shortage of vets and veterinary nurses, which will only grow larger as the fires continue to rage. RSPCA Australia inspectors are assisting with evacuation of animals and facing the sad reality of those unable to escape and badly injured in the fires. 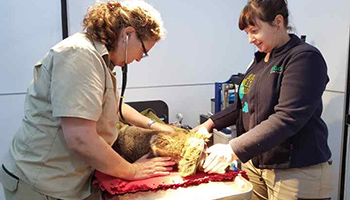 A colleague working on the ground said that whilst funds are coming in at present for the immediate needs, they're concerned that once the spotlight fades the support for critical rehabilitation efforts, long-term habitat reconstruction needs, and infrastructure replacement for burnt shelters will all need to continue for many months to come.

Only once the fires and the smoke have died down the true scale of the destruction will become apparent. People and their companion animals, as well as the surviving livestock will need help with housing, food, veterinary provisions and supplies and most shelters and animal centres will be stretched to their limits.

There will be a need to provide long-term sustained help with rescue, rehabilitation and release where possible of the wild animals caught in the fires. Communities across Australia will continue to experience the effects of this apocalyptic disaster long into the future and we need to do all we can to keep their plight in the spotlight.