This event is not your average half marathon! From cultural landmarks and heritage to the city's quirky and hidden secrets, runners get to explore the capital on a route like no other, all on closed roads!

The race starts by The Strand, finishes by Downing Street and has fabulous views of London's most iconic landmarks including Big Ben, St Paul's Cathedral, Nelson's Column, the Gherkin, the Shard, the Tower of London and the London Eye.

Take on the quirky London Landmarks Half Marathon as part of RSPCA Team Animal! We'll be there to cheer you round the course on event day with our themed cheer station along 'Animal Alley'. By raising money for the RSPCA you'll be helping us create a world that's kinder to animals.

Secure your place in the 2022 race today

Join with your own place

The public ballot for the London Landmarks Half Marathon is open between the 23rd of August and the 1st of September. If you were lucky enough to get a ballot place in the event we would love you to run as part of RSPC Team Animal! You will receive full support from our team including a running vest when you raise over £50.

I have my own place

All our London Landmarks Half Marathon runners benefit from: 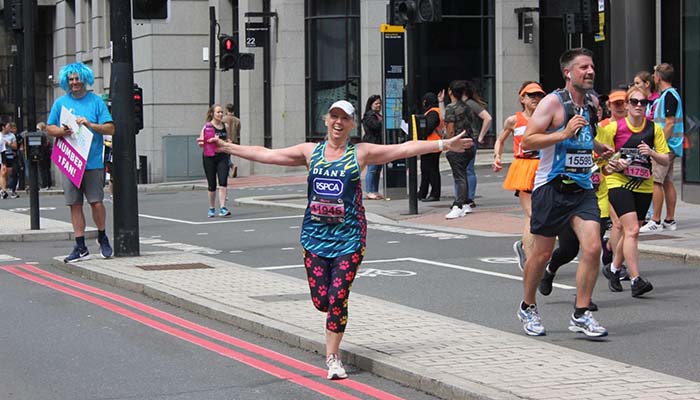 Join Team Animal at the Great North Run - one of the UK's biggest half marathons! 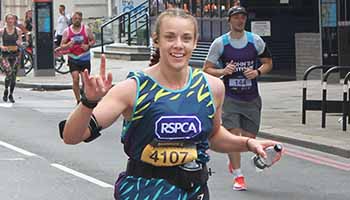 Join Team Animal for the London Marathon 2022 - we'll support you all the way. Sign up today! 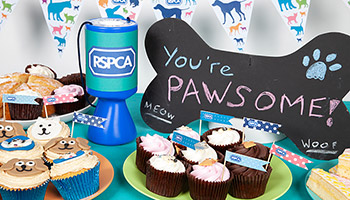 No matter how you're fundraising, we have lots of fundraising ideas and resources to help you!