Watch the history of the RSPCA

We have been saving animals for almost 200 years. In just under three minutes we've captured the highlights of our history in 'draw my life' style. Take a look at how we got here in our video below.

We were founded in a London coffee shop in 1824. The men present knew they were creating the world's first animal welfare charity, but they couldn't have imagined the size and shape that the charity would become today.

Back then we were the SPCA - Society for the Prevention of Cruelty to Animals. Royal patronage followed in 1837 and Queen Victoria gave permission to add the royal R in 1840, making us the RSPCA as we're known worldwide today.

Moving with the times

When we were founded, our focus was working animals, such as 'pit ponies', who were worked down the coal mines. But we've changed with the times.

During the First and Second World Wars we worked to help the millions of animals enlisted to serve alongside British, Commonwealth and Allied forces.

And, our work with pets that we're best known for today, only developed with the trend to keep them.

In 1822, two years before we were founded, 'Martin's Act' was passed. It was the very first animal welfare law and it forbade 'the cruel and improper treatment of cattle'.

Thirteen years on, in 1835, and 'Pease's Act' consolidated this law. The prohibition of cruelty was extended to dogs and other domestic animals, bear-baiting and cock-fighting was forbidden, and it insisted on better standards for slaughter houses.

Other successes along the way have included laws for lab animals, the abolition of fur farming in the UK, the ban of fox hunting with dogs and the animal welfare act.

Today we are still changing the law - find out how.

A nation of animal lovers

The greatest shift across the times has been in attitude. In the UK we're known as 'a nation of animal lovers' but it wasn't always that way.

When we were founded it was a challenge to get the British public to recognise animals as sentient beings - and not just commodities for food, transport or sport.

It's inspiring to think how much more of a difference we can make.

With your support and our expertise, so much more can be achieved!

How we helped animals during the First World War.

I've been fighting for better farm animal welfare for 50 years.

24 ways we've made a difference for animals over the last 196 years.

Saving animals in a crisis then and now. 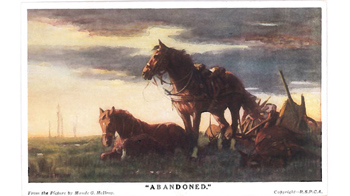 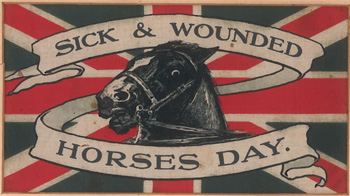