Two young kittens who were rescued by the RSPCA after they were heartlessly dumped in zipped up bag that had been left in a shopping trolley have now found a loving new home.

The kittens, named Scott and Ann by the team who have nursed them back to health, were discovered on January 27th 2017 trapped in a zipped up cool bag, in supermarket trolley outside Sainsbury's supermarket in Worle.

A member of the public had spotted that a bag had been left in a trolley and thought someone may have left their shopping behind by accident but was horrified to find that inside the zipped up cool bag were two very poorly kittens, with a third kitten that had already tragically died.

He kindly rushed them straight to Vets 4 Pets Veterinary Practice where they were given emergency treatment.

The two surviving kittens were transferred into RSPCA care at the Brent Knoll Animal Centre in North Somerset and received ongoing veterinary treatment for their diarrhoea and flu symptoms along with a lot of tender loving care.

After six weeks with lots of TLC they both fully recovered and have now found a new home together. 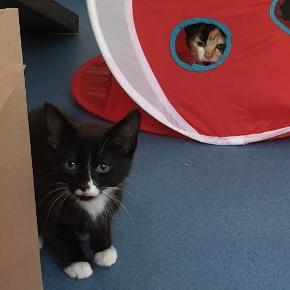 The photos of them were horrific and to see them now, they are just wonderful healthy kittens and we are immensely grateful and proud of everyone who played a part in their rescue and rehabilitation. 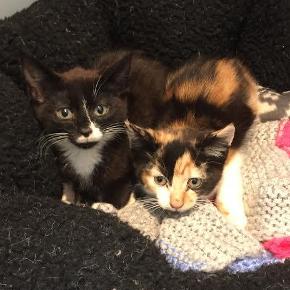