RSPCA's alarm as badger cull is confirmed for Cheshire

As the start date for the controversial badger cull is officially confirmed for Cheshire, the RSPCA has renewed calls for the scheme to be halted as scientific evidence shows it will not help to stop the spread of bovine TB.

It has been announced Defra will be licensing one cull area in East Cheshire despite strong public opposition to the scheme.

Defra’s figures state that target cull numbers for Cheshire are a minimum of 563 badgers, and up 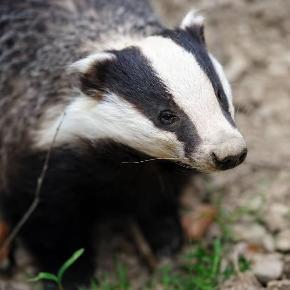 The RSPCA is once again renewing calls for the culls to be stopped and instead a more proactive approach with a focus on cattle husbandry through improved biosecurity and better cattle control measures be adopted to tackle the problem of bovine TB.

The animal welfare charity has long maintained the only way to tackle bovine TB is through more rigorous testing, improved biosecurity and cattle husbandry - not killing badgers.

Licences have been issued to 11 new areas, which also includes Devon, Wiltshire, Somerset and Dorset, doubling the number of badger cull licences from ten to twenty-one - the biggest increase to date.

Adam Grogan, head of wildlife at the RSPCA, said: “We are now entering the fifth year for some culls, and after all that time, there is still no evidence that culling is effective in reducing bovine TB in cattle in these areas. Indeed culling could make the situation worse through the disturbance of badger social groups, known as perturbation. Nor do we believe that the methods used in the cull are humane or that there is any proof the badgers being culled are indeed infected with the disease.

“While the RSPCA agrees action is needed to deal with bovine TB, we do not believe culling badgers is an effective or humane way to achieve this. The RSPCA urges that alternatives should be prioritised such as an effective vaccination scheme, increased levels of cattle testing, improved biosecurity and stricter controls on the movement of cattle.

“The original pilot culls were licensed for four years, but the evidence published to date has not demonstrated that the culls are effective in controlling bovine TB in cattle in the pilot cull areas.”

Anyone who would like to get involved with the RSPCA campaign to stop the culls should visit www.rspca.org.uk/getinvolved/campaign/badgers.