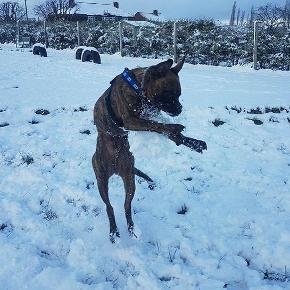 Going above and beyond to make sure rescue aniamals were well cared for over the adverse weather period.

The RSPCA’s Birmingham Animal Centre in Frankley Green became isolated when snow started to fall on Friday last week, after the country lanes leading towards it became dangerous to drive on.

But it didn’t deter the dedicated staff, many of who decided to walk on the ice and snow to get to work, with some walking as far as two miles in the freezing cold wind and six-inch snow.

Some staff even stayed overnight at the site, despite being unprepared and not bringing anything with them - purely to ensure that over 100 animals at the centre could still be looked after.

Deborah Caffull, manager of the centre, said: “With the adverse snow and ice from Friday until Thursday, my team went above and beyond to make sure animals at the centre were cared for.

“The country roads that lead to the centre were dangerous to drive on, making access very limiting for staff to get to work. But I had staff walk into work covering at least two miles, and some staff stayed unprepared on site so they could be available to attend work the next day.

“We had staff coming in early to make the centre as safe as possible to work in and exercise the dogs, provide daily enrichment and make sure they all had clean and warm bedding for the cold nights.

“Even with all the extra work. I still saw smiles on all their faces - and it was obvious the dogs appreciated it too!

“Overall there was minimal impact on the animal's daily routine and that was all down to the team and there pure dedication to make sure the work was carried out.

“This just goes to show how truly passionate RSPCA staff are about animal welfare.”