Success with our big walkies 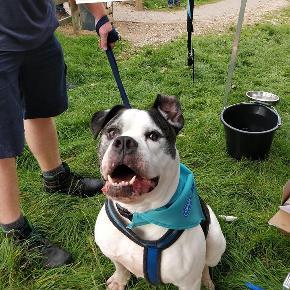 Well done to the team at Birmingham Animal Centre for organising and setting up the big walkies. The event took place end of September at Wasley Hill Country Park. The location allowed our walkers to take in some beautiful scenery with a choice of two different walking routes.

On the day the team arrived early to set up ready for the walkers to arrive for 1030. There were gazbos displaying arrange of merchandise as well as refreshment to buy. But best of all was the goodie bags and treats and the certificates were placed ready for the completed walkers and sponsored doggies to return.

On the day our VIP was our own little star Ronnie who was representing all the rescue dogs at the centre. He even had his own sponsor page where people could donate and sponsor Ronnie to complete the big walkies walk. Ronnie and his Animal Care Assistant Keeran plus 2 other rescue dogs with owners Demi and her mum were on a mission and without even realising till the end when they racked out the miles had actually done more walking and done both routes. So as you could imagine there were some very tired pooches after. But it was noted that Ronnie truly had a fabulous day strutting his stuff around Wasley and greeting all the other dogs.

There have been lots or wows and thanks to be given out to all our supporters for taking part and raising money. Our Volunteers who have helped on the day.To Demi and her mum and 2 rescue dogs for raising just under £400. Obviously Ronnie our rescue dog and keeran who completed the walk and raised £50. But most of all thanks go to Emma and Rosie who spent many hours of their own time planning the Big walkies event for the centre. 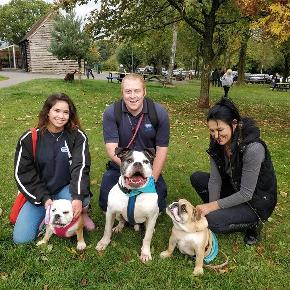 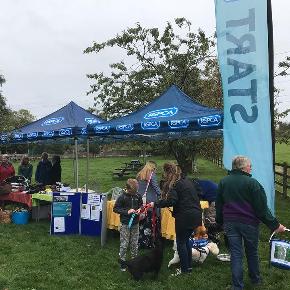