A happy forever home for Gerald 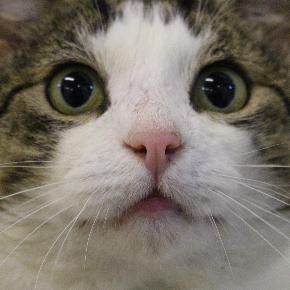 Gerald came into the care of the RSPCA Sussex North Branch in June 2016. A concerned member of the public reported him as in injured stray and he was picked up by one of our inspectors.

Life on the streets had left physical and metals scars on Gerald and he had a very timid nature when coming in to our care and was treated for several cuts and bruises.

He was transferred to Becks Boarding Cattery on Hayling Island to be in a calmer environment and to receive plenty of TLC. It was soon discovered than Gerald’s initial ear injection that he had develop while living as a stray was more complicated than first thought.

He had his ears flushed out twice and was on long term antibiotics. But sadly, his ear infection kept coming back. He was then transferred to the RSPCA Putney Hospital to undergo a very complicated ear operation to clear out all the infection in his left ear, including the inner ear. This surgery would cause damage to Gerald’s ear drum, leaving him deaf in one ear.

After the surgery, Gerald didn’t recover as quickly as hoped and it soon became clear that in addition to losing his hearing in his left ear, he had also suffered damaged to his left eye nerves, leaving him unable to close his eye.

We all kept your fingered crossed that Gerald health will improve and he was returned to Becks Boarding Cattery to recover.

Gerald surprised us all and each day he seemed happier and more confident. The function in his left eye kept improving and although he lost his hearing in his left ear and most of his ear flap, he was still a handsome cat.

In February this year, 7 months after being picked up by one of our inspectors, the cattery was contacted by a couple to enquire about rehoming a cat and it wasn’t long until Becky and Simon visited Gerald and fell in love with him. They couldn’t wait to take him home and even fostered Gerald until he finished his medication and was ready to be adopted.

Gerald has settled in beautifully and now lives a life of luxury. He is a real lap cat and the perfect family pet.  The function and vision in his left eye returned to normal and he is copping well with his limited hearing.

Thank you to everyone who help Gerald along his ordeal – he is one lucky cat that he was rescued by the RSPCA! 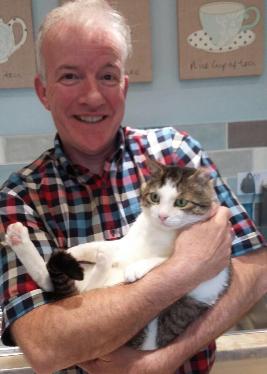 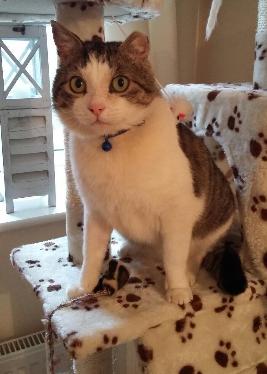