The story of Buster

The story of Buster 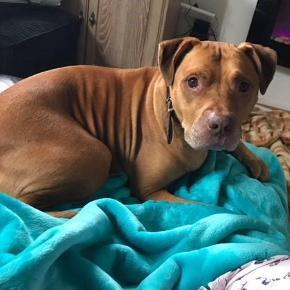 The RSPCA were approached in December 2017 for help needed with a Staffie cross called Buster. At two years old, Buster was saved from death row by a kind gentleman. For the following five years Buster had the perfect life, he was loved and cared for by his saviour. Sadly, his owner unexpectedly passed away. Buster was left depressed and mourning the loss of his owner who he had loved. He was confused as to why the life he had once had and the person whom he had loved had been taken away from him. He was left alone in the house he once shared with his owner, with people occasionally visiting to feed and walk him. He was all alone with an uncertain future ahead for him. 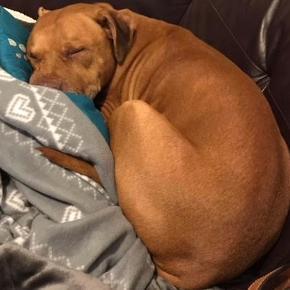 It was clear that he was stressed, anxious and very unsure of life. He was placed into emergency foster care. But all of this was too much for Buster, and separation anxiety crept in amongst other medical problems. Anything new was causing huge anxiety for him. Being left alone for short periods of time made his world collapse.

Would we ever be able to mend this lovable boy's broken heart? 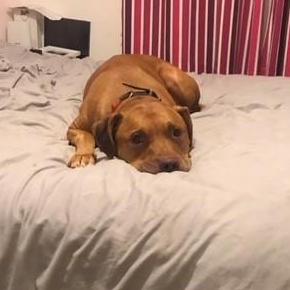 With time and a lot of adjustment, Buster slowly started to settle in to his foster home. He was starting to learn that there were other people who could show him the love that he once received. He gradually gained confidence and was starting to enjoy the simple things in life. He was settling in with his foster home, but we knew that one day he would have to leave them and take the next path of his journey. But how would Buster cope with this change? Was there anyone out there who could help him start afresh and settle in all over again? It looked as if Buster's search for his forever after was far out of sight...

One day, we received a call...

A family had heard Buster's sad story, their hearts went out to him and they wanted to see if Buster would fit into their family. The family made the long journey down to visit Buster. They fell in love with him, and he with them.

Buster had found his new family!

Now he is living in the countryside, with his new family and his best friend (pictured). He has found happiness, with endless love and care.

For such a scared and anxious boy who couldn't sleep on his own due to the fear of being abandoned, is now living a happy and care free life with the past behind him! 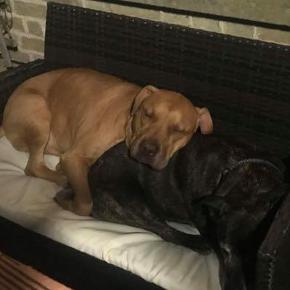 A special thanks to everyone who played a part in Buster's journey, without you he wouldn't be where he is today.