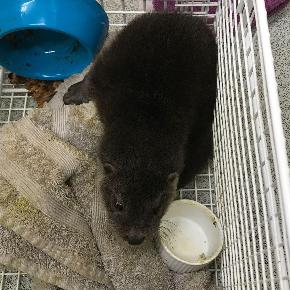 The RSPCA were called to rescue a young otter cub which was found at the side of a road in Pateley Bridge.

A member of the public spotted the otter which appeared to be stunned on Pie Gill in Heathfield, on Friday April 9, so he took the animal to a nearby vet.

The otter will be rehabilitated at the centre and once he has recovered he will be returned to the wild.

David said: “I have no idea why the otter was found at the road - and wonder if he may have been stunned possibly from a passing car.

“He certainly seemed to come round on the way to Stapeley Grange and seemed quite bright and alert so I am hoping it won’t be long before he can be released back into the wild.

“Rescuing and rehabilitating animals like this is such an important part of what we do as a charity.”

Lee Stewart, manager at Stapeley Grange, said: “It is always very exciting to have an otter cub with us as up until the 1970s they were struggling in the wild. 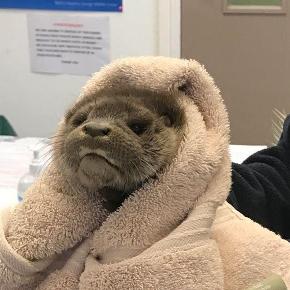 “They weren’t safe from being hunted until 1978, at which point numbers were low, but over time their numbers have steadily started to rise and they have made a comeback in most counties in the UK. As a result we are seeing more being brought into Stapeley Grange.  Otter rehabilitation is very specialised and you need to have suitable facilities to care for them.  Young otter cubs can be with us for up to 12 months before they can be returned to the wild so their care is not only time consuming but expensive. “

To support the ongoing work of Stapeley Grange Wildlife Centre during this extremely difficult time, please donate to their Justgiving site: https://www.justgiving.com/campaign/RSPCAStapeleyGrangeWildlife