A holidaymaker came back with an unexpected guest from her Tenerife break - a three-inch gecko lizard buried inside their luggage.

Sophie Williams found the gecko after unzipping her suitcase at her home in Field View Road, Congleton, after a four-hour plane journey from the Canary island to Manchester Airport on Sunday (20 August).

She contacted the RSPCA, and an inspector transferred the young gecko - thought to only be around two weeks’ old - to the charity’s Stapeley Grange Wildlife Centre in Nantwich, Cheshire. 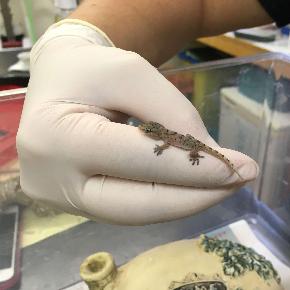 Despite his adventure, the gecko is doing well and will be transferred to a specialist exotic facility.

Sophie said: “The evening before we came home, my stepson sent me a photo of a tiny gecko in our apartment and said, ‘Look what’s visited me’. I asked him where the gecko had gone but he said he didn’t know. I think he had gone inside my stepson’s trainers which were then put into our luggage.

“When I opened the suitcase at home, this little gecko just popped up. My husband managed to put him in a container and we called the RSPCA. We are so pleased he is doing well!”

Lee Stewart, manager at Stapeley Grange, said: “The gecko is very small that he could easily have been missed. We think he is a common wall gecko, which can grow up to 15cms.

“As he is so small, he will be going to an experienced carer who will be able to give him the specialist care he needs. 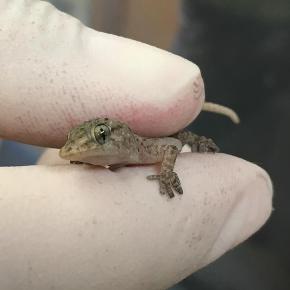 “We don’t often get stowaway animals from abroad at the centre, but  this is a timely reminder - given that many people are going on their summer holidays - to always check your clothes, towels and shoes properly when packing to return home from a trip abroad, as you never quite know what surprising souvenir you might bring home with you.”

Geckos, like other reptiles, have specialist needs including controlled  temperature and humidity. This gecko would be very unlikely to survive UK temperatures. To release a non-native into the wild (or allow it to escape) is an offence under the Wildlife and Countryside Act 1981.