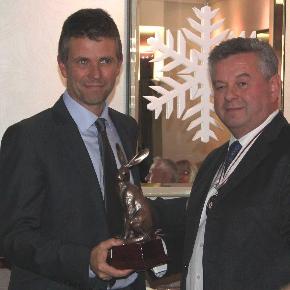 In 2014 we were proud to have picked up a top Staffordshire wildlife award for the work we do at Stapeley Grange.

At the the Rural Policing Liaison Group awards ceremony in November we received the Wildlife Trophy and £500 for our wildlife rehabilitation, conservation and education of local children about animal welfare and conservation related issues.

“To receive this award in Stapeley’s 20th anniversary year is a great honour.

“Any award of this kind is not only in respect to our very hard working staff but also all the volunteers and students who support the team on a daily basis, which enables us to care for the thousands of wild, exotic and domestic animals that arrive each year.”

The RSPCA is a charity relies on public donations to exist. Anyone who would like to support the vital work of Stapeley Grange can  text RSPCA2 to 70007‘ Texts cost £3 + standard network rate.