Seal rescued from Riverside with a difference

It was a great save by RSPCA officers who rescued a seal pup from outside Middlesbrough FC’s football ground last week.

A dog walker called the animal welfare charity after spotting the little grey seal pup lying on a path near the Premier League club’s Riverside Stadium, in Middlehaven Way.

“Borough fans may have had a bit of a shock if they’d stumbled upon this little guy on match day but luckily the club weren’t playing on Wednesday,” inspector Jones said. 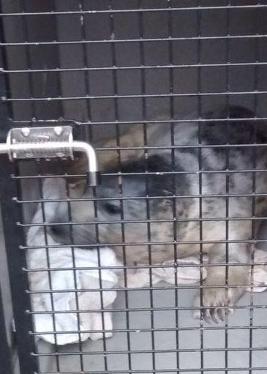 “The young pup had slid his way up a bank which was littered with wire - it was a rather strange place to find a seal!

“The poor thing had injured his flipper on the sharp wire so we collected him and took him to RSPCA Stapeley Grange, a wildlife centre in Cheshire, where he is being treated.

“If only Borough’s midfielder Viktor Fischer had been around - he could have lent us a hand!”

RSPCA officers believe the seal swam inland from the sea along the River Tees, which runs right past the stadium.

It's not uncommon for seals to swim up rivers away from the sea in search of food but they usually find their way back. On New Year’s Eve, the RSPCA was called to Blakeney in Norfolk when a woman found a seal in her garden - 2km from the sea. Thankfully, he wasn’t injured so he was captured and released back into the sea.

The RSPCA advises members of the public to keep a safe distance from seals on land and not to interfere unless injured or sick. If concerned for the welfare of a seal, we would urge the public to contact the RSPCA’s emergency cruelty line on 0300 1234 999.

“It’s not unusual for seal pups to be left alone for short periods of time so if you spot a youngster who looks fit and healthy, it’s best to monitor him for 24 hours to ensure a parent returns,” inspector Jones added. “If the mother doesn’t return within 24 hours or the pup is sick or injured, like in this case, please call us for help.

“We would also ask that dog walkers keep their pets away from the seal and advise that no one tries to return the animal to the water themselves.”

The seal - now named Little Chris - is doing well at Stapeley Grange wildlife centre where he is living alongside another seal pup, called Big Steve, who also came into the centre on the same day.

Both are eating well and will remain in care until they are old enough and strong enough to release back into the wild.

For more information, visit the RSPCA website. To support the charity’s work, please text HELP to 78866 to give £3 (Texts cost £3 + one standard network rate message).