The RSPCA were called to rescue a male swan which was struggling with a fishing hook in his leg.

A member of the public came across the young male swan struggling in St Mary’s Marina , Rufford, near Ormskirk on Tuesday. 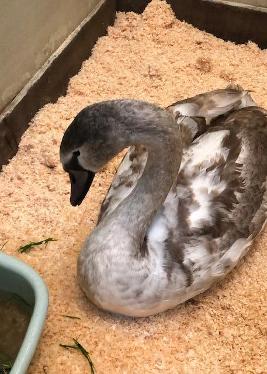 see the swan had a very swollen leg with a triple barbed hook embedded in his leg.

He rushed the bird to Stapeley Grange Wildlife Centre in Nantwich for treatment where, after an x-ray, the hook was removed, his wound was cleaned and he was given pain relief

Johnny said: “Sadly we get a lot of calls to deal with incidents like this and this really is a reminder of how damaging discarded fishing litter can be for wildlife.

“The majority of anglers do dispose of their litter properly and it is frustrating that those who don’t possibly don’t realise how dangerous it is to animals.

“As can be seen here discarded line in particular is a terrible hazard for wildlife, particularly as it can be almost invisible. 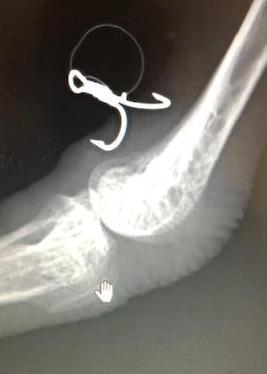 “We urge all anglers to take home any litter after fishing - as discarded lines and hooks can easily snag water birds and other wildlife, causing terrible injuries, suffering that can lead to animals dying. All it takes is a little thought and care.

“I am just glad this swan is doing well and will be returned to his family soon. Sometimes other wildlife will not be so lucky”

In the hope of preventing future casualties, those who enjoy fishing are being reminded of the dangers that are posed to wildlife from discarded equipment and encouraged to follow the Angling Trust’s Take 5 campaign and make use of the Anglers National Line Recycling Scheme to dispose of their waste tackle and line.

To donate to Stapeley Grange, visit the centre’s JustGiving page.