A team of animal-lovers took on Cheshire’s toughest walking trails to raise money for a RSPCA wildlife centre.

The five-strong team set off on the 55km-long (34-mile) Sandstone Trail - starting at Frodsham - at 5.30am on Saturday, 23 September in a bid to raise funds for Stapeley Grange Wildlife Centre and Cattery.

The team was also joined by staff from Crystal Legal Services for part of the walk. The Crewe-based company have been raising money for Stapeley for the past few months and will have 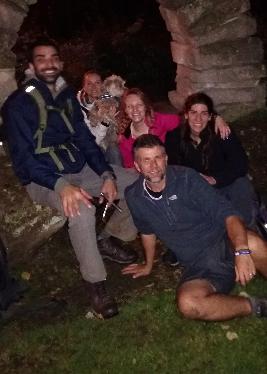 They successfully got to the end of the trail - in Whitchurch - at 10pm on Saturday evening.

They were also joined by Lee and Laura’s dog Flo, who reached the finish line with seemingly more energy than when she started.

So far the team has raised £850. They are really keen to hit their £1,000 target - anyone who wants to donate can do so at www.justgiving.com/fundraising/stapeley-grange-15.

Lee said: “We were all just so glad to finish. After 16 hours on our feet, walking 55km, partly through eerie corn fields and for three hours in the dark with very little phone coverage to check the maps on our phone, it was a real relief to reach the end. 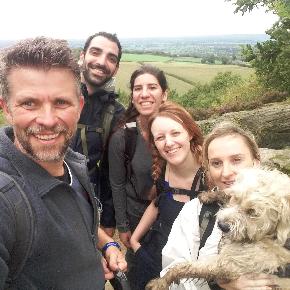 “It was a stunning walk with some incredible views and it was made even more memorable by the fact that we could raise some money for the animals at Stapeley that we are so passionate about.

“We are so grateful for the support we have had in our fundraising efforts, so thank you to all those who have donated to our cause.”

Stapeley Grange, in London Road, admits approx. 7,000 wild, domestic and exotic animals every year. The centre is also home to a cattery, which rehomes hundreds of cats eachv year; many rescued from abuse