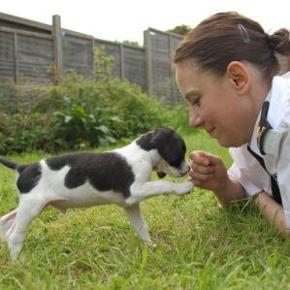 Great Ayton Animal Centre occupies a 16 acre site that is situated to the North West of the North Yorkshire Moors. The centre is a five-minute drive away from the village of Great Ayton and is overlooked by the picturesque landmark of Roseberry Topping.

Great Ayton Animal Centre opened it's doors in 1990 and the first animal to enter it did so of it's own accord; a fox was being pursued by a local hunt and decided to take refuge in the kennel. The door was then shut so the fox was safe and the hunt was turned away. The fox remained  undisturbed and later that night the door was opened allowing it to return safely to the wild.

Here at Great Ayton Animal Centre the animals that come in to our care are identified by our uniformed inspectors as those most in need. Often abandoned, abused and neglected they all receive care, attention and love from the team.

Veterinary care is provided and the staff work on training and behaviour ready for the day when we are able to place the animals in a new and loving home. This can take weeks, sometimes months, preparing them for a new life and a second chance.