Arriving as a stray from a veterinary practice, Winnie had lots of health problems, which were not unusual for the French bulldog breed.  Severely under weight due to struggling to eat and breathe despite surgery already undertaken to widen her nostrils. 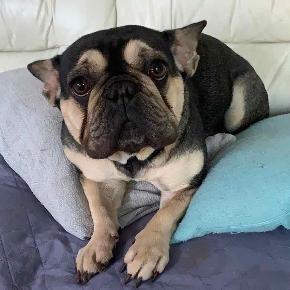 Winnie needed specialist attention and was sent to Fitzpatrick ‘The Supervets’ for reconstructive throat surgery.  Recovery was slow and there were some scary moments when we thought she wouldn’t make it but after a couple of weeks she started to pull through.  The cost to the branch was considerable and we undertook a specific fundraising campaign to raise the money for her treatment.  Now in her new home, Winnie’s journey has all been worthwhile. 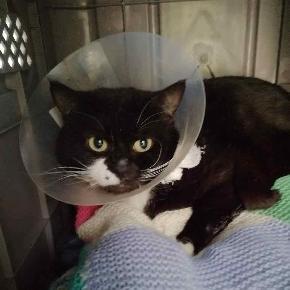 We took poor Rocky in after a car had hit him.  A leg was badly crushed and needed amputating costing £1,200.  His owner did come forward but, unfortunately, couldn’t afford the veterinary costs so we paid for the procedure and managed him through his recovery phase.  Rocky is now fully recovered, although still really shy, but his new owners are winning him round with head rubs which he loves.

Teddy came in as a stray and we weren’t sure what we’d find under that coat!  After a good groom and dental this little cutie emerged.  Teddy is now settled and happy in his new home. 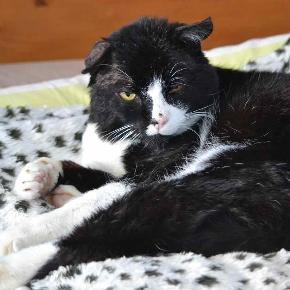 One look and you can see poor Finley has been through the wars!  He came into us as a stray from a veterinary practice; and he was a mess.  Not neutered, full of fleas and very thick, droopy ears due to severe ear infections. Whilst shy at the start his true character has really emerged and is now being enjoyed by his new owners.

Freddie, a blue French bulldog, was found dumped in a ditch. As you can see he was in a really bad way with all his body covered in sores and very depressed. 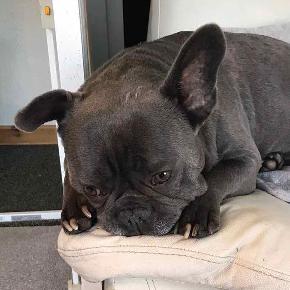 After spending a few weeks at the vets he then went to one of our foster carers who nursed him back to health over a few months.  When he had sufficiently recovered he was neutered and underwent surgery to widen his nostrils to ease breathing difficulties. He’s now a very happy boy in his new home.

I’m Gucci and gorgeous!  Gucci’s owners were moving home and sadly could not take her with them.  At 12 years old she also had an enlarged thyroid, which required removal.  Recovered, re-homed and back in the spotlight where she belongs. 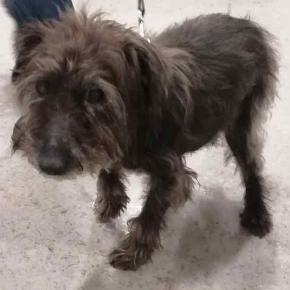 At the ripe old age of 15 Barney’s owner died and Barney arrived with us in a very bad way.  No fur, rotten teeth and ear infections so after a little love and attention, 23 teeth extracted and £900 this is Barney today in his new home.