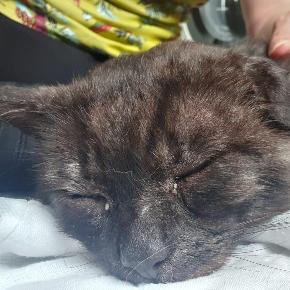 Pepper was a stray who came into the vets due to his poor condition.  He was very friendly, had already been neutered but had a cauliflower ear probably due to fighting.  Both ears were infected and he also had a few teeth which needed removing.  After a few weeks at his foster home recovering Pepper has now moved into his new home.

Rosie the 2 year old Springer Spaniel came into care as a stray.  Although micro chipped she wasn't actually registered to anyone.  A typical spaniel, full of fun with loads of energy she needed an experienced owner with energy levels to match!  Rosie has now found her new home and has just been speyed.