We appointed our first two female patrol officers in 1952 - today 68 percent of our frontline inspectors are women.

We've been shaped by pioneering women throughout our history, from the Victorian age right up to the present day. 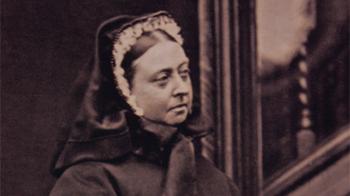 Queen Victoria bestowed a Royal Patronage on us in 1837 when we were the 'SPCA' (when she was still Princess Victoria). In 1840 she gave us our Royal Warrant, meaning we could add the 'R' to our name.

Queen Victoria played an active role within the Society including designing a Queens Medal and attending events we held. Documents show that she wrote letters to us asking for the 'protection and safety' of cats who were generally misunderstood and mistreated. A further letter written in June 1874 from TM Biddulph (Queen Victoria's private secretary) on behalf of the Queen details a one hundred guinea donation to the Society. It reads 'The Queen hears and reads with horror of the sufferings which the brute creation often undergo from the thoughtlessness of the ignorant'. We still have the handwritten Royal Warrant from Queen Victoria proudly on display. 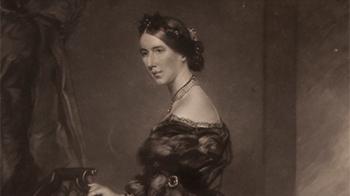 Angela Burdett-Coutts, granddaughter of banker Thomas Coutts, was hugely influential throughout her life and became a Vice Patron of ours in 1839. In 1870 (along with Catherine Smithies) she founded the Ladies Committee at the RSPCA. The original minutes are still at our headquarters in Southwater, West Sussex. The committee set out to improve the welfare of animals, by encouraging children and young people to sign up to a group known as the 'Band of Mercy'.

Burdett-Coutts realised that education was key to improving the lives of animals. She wanted schools to teach children about humanity towards animals, something we still campaign for today through our Generation Kind work. The Ladies Committee was extremely successful - an essay writing competition organised by the committee for school children on the subject 'Our duty to animals' received 275,000 entries, and an award ceremony was attended by Queen Victoria and her daughter Princess Beatrice.

Burdett-Coutts frequently travelled the country visiting branches and used the opportunity to talk to local landowners about the welfare of their farm animals. In 1871 she became the first woman to be a baroness in her own right. In the same year she became the first female freeman of London. Burdett-Coutts died in 1906, having dedicated her life to philanthropy, and is buried in Westminster Abbey. 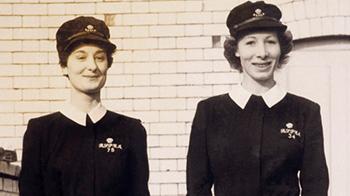 Ninette Gold, aged 19 had been a ballet dancer before joining the RSPCA and Pat Jones, aged 32, had no previous occupation.

We currently have 309 inspectors, of which 68 percent are female. 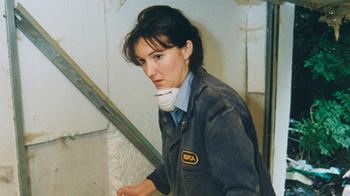 Inspector Sarah Hayland is one of our longest serving inspectors. She's been with us for 28 years having graduated in 1991, and currently covers North Lancashire.

Sarah has seen lots of changes, from being issued with a typewriter when she first started to submit case files and stopping at phone boxes throughout the day, to now having an up to date smartphone and all files being digitised. Sarah said:

My first chief inspector was female and was a great role model to me, it's been a really supportive environment and we always say that we see the best and worst of people so without that support the job can be tough.

One of the most memorable jobs I ever had was discovering 246 dogs in a bungalow in the early 2000s, I had no idea what was lying behind the door when I called in at  6pm on my way home - that will certainly stay with me.

I still believe in the work of the RSPCA, I've worked with some brilliant people, and every day I get up and get on with the job in hand - helping animals.

Learn more about us on our history page or find out what it takes to be an RSPCA Inspector.