Saddening photos illustrate how dangerous sports netting is to animals if it's not put away after use.

With football fever in the air, we're urging people to put sports nets away to help prevent serious injuries and death to wildlife as the World Cup is kicking off.

Huge number of animals at risk

Last year, we rescued 1,010 animals after they got tangled in netting - with the numbers peaking in June and July. This year, so far, we have rescued 442 animals from netting, which included 136 animals rescued in May alone - with around four a day.

Football will be on a lot of people's minds during the World Cup, which may mean more sports nets going up in gardens to make the most of football fever.

However, many people might not realise how dangerous netting is to animals so we want to raise awareness and hopefully stop animals from being injured - sometimes fatally - after getting caught up in netting. 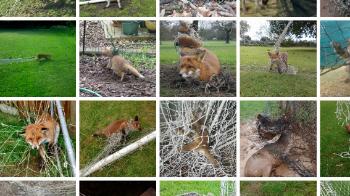 Last year our inspectors rescued more than 1,000 animals tangled in netting. We hope that these photos will shock people and make them realise the damage that netting can cause. Some animals survive, but very sadly many animals suffer fatal injuries, often as a result of struggling to get free.

There have been instances, for example, of fox cubs strangling themselves to death because the've been trying to free themselves. This doesn't take long as they thrash to try and escape and end up becoming seriously trapped.

If they go unnoticed even for a short time, they can really suffer. The tight net can cut off the blood supply to their limbs, damage bones where they've tried to frantically escape, or worst of all, they could be strangled to death.

We've had cases of animals so badly tangled that they're brought in to our wildlife centres with the netting still round their bodies and the only way to safely free them is to sedate them.

To help prevent this from happening - please remove sports nets after they've been used. This simple action could save an animals life.

Where netting can't be removed, such as pond or fruit netting, we recommend replacing them with solid metal mesh. 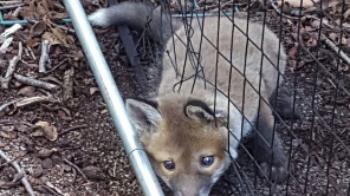 When we receive a call from a member of the public about an animal tangled in netting, it's classed as an emergency and our nearest officer is tasked to go and rescue the animal.

If they can free the animal themselves, they will carefully cut away the netting before checking the animal over. If there are no problems, they're are immediately released back into the wild.

However, there are instances where the animal is so severely tangled that they have to be sedated and taken to a wildlife centre for all of the netting to be cut away. Sometimes the animal is so badly injured that the difficult decision is made by a vet to put them to sleep to prevent further suffering.

To avoid this risk, we urge those with sporting nets to remove them when they're not in use to help save hundreds of wildlife animals.