After spending a chunk of her childhood in the hospital, Michelle's motivation to learn how to walk came in the unlikely form of a few, furry volunteer dogs! 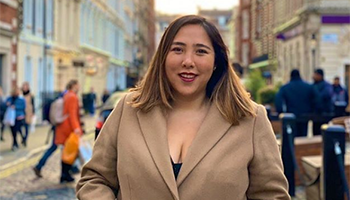 When you've been hospitalised and stuck in the confines of your bed for three months, life can get pretty bleak. In my case, this was back in the summer of 2005 when I was 11 years old. I didn't own a phone, wifi didn't exist in hospitals and I had no way to entertain myself other than a communal TV that I got for two thirty-minute slots a day. Those were the highlights of my week, alongside my weekly visits from volunteer dogs! There were three dogs in particular that I remember - Angel, Rai Rai and Zee Zee.

In the earlier days of my stay, when I still couldn't sit up, these volunteer dogs would lie on my bed as I would stroke them. I got an hour with one of them every week and that hour was the only hour I would be able to pretend that I wasn't in a hospital. It was often the only hour I smiled and was distracted from the pain I was in. During the three months that I was hospitalised, I had had five surgeries, totalling my medical record to 13 surgeries before the age of 12.

As a result of all of these intrusions, even learning how to sit up caused pain, but there reached a point in my recovery when I had to start learning how to move again...

It started with raising the bed. It had been a long three months, not just physically but also emotionally, and every time I seemed to be on the road to recovery, another mistake would happen and I would be back to square one again. So this time, when they wanted me to start challenging the pain, I refused. The agony was not worth it - to go back to having to go through the same all over again after the next surgery.

There was nothing anyone could do or say to convince me and even when they tried, I didn't believe what I was being told as I had already been lied to a number of times in attempts to have me cooperate. This is when the dogs were used as bribery! I had grown quite apathetic and depressed from the situation I was in, but the hospital staff knew the only thing I still cared about was my one hour with the dogs and so they used that to their advantage...

"The pain actually seemed worth it" 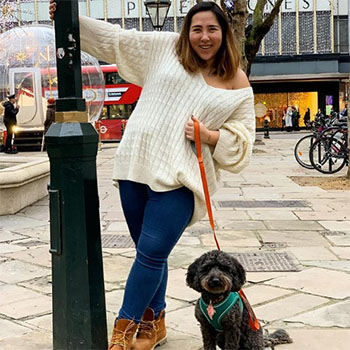 When Angel turned up, staff put her on the furthest end of my bed so that I couldn't reach her. They explained to me that Angel was going to lie there for the full hour and I could keep lying down and watch her or they could raise the bed so I would be able to touch her. Despite my stubbornness, it worked. The pain actually seemed worth it to be able to touch Angel and so I allowed them to raise my bed and I got my hour of bliss.

Now they knew the technique worked, it was onto more difficult and challenging tasks. Each week brought a new challenge as they moved the dogs further and further away, eventually putting Rai Rai in a chair motivating me to get out of bed for the first time. It was only two steps away but it was the first two steps I had been able to do in months! I was still fully supported with a person on each side of me but I was on the road to walking.

The first day I got to walk outside, I was also greeted with a wonderful surprise: my god sister with her dog, Frankie. It was against hospital policy to allow dogs into the hospital that hadn't gone through the checks so they surprised me by wheeling my chair to the exit of the hospital. Even though I would end up staying in the hospital for another month after that, I was allowed to walk on the tiny patch of grass outside of the hospital with Frankie!

It seems extreme to say that I don't think I would have learned to walk without the help of those dogs but it's accurate. The dogs were not only the highlight of my week but also the thing that often carried me from one week to another. They were something to look forward to when all day, every day was filled with pain. It was my small glimpse of the week that reminded me of the version of myself that existed outside of the hospital. If your local hospital has a volunteer dog scheme, please do go and volunteer with your pup. You have no idea what an impact it can have!

Michelle and her trio of furry friends are living proof of the amazing connection between humans and animals. If you have space in your life for a new pet, why not consider fostering or rehoming?