We are well known in the area for helping wildlife, but did you know that we also support the RSPCA inspectorate with exotics that have been abandoned or mistreated?

This week the RSPCA has released the number of calls the charity as a whole received on the number of exotic animals - 15,790 calls about abandoned, stray, sick, suffering and neglected exotic reptiles, mammals, birds and fish, more than 40 a day, or more than one every hour.

In Cheshire, there were 270 calls about exotic animals last year. Not all of these will come into us at Stapeley but we will take in ones we can.

You may be wondering exactly what an exotic animal is. The RSPCA defines ‘exotic animals’ as wild (non-domesticated) animals kept as pets, which includes invertebrates, fish, amphibians, reptiles, birds and exotic mammals (such as African pygmy, hedgehogs and raccoon dogs).

A silver fox we had in last year, which was found straying in Alsager, is another example of an 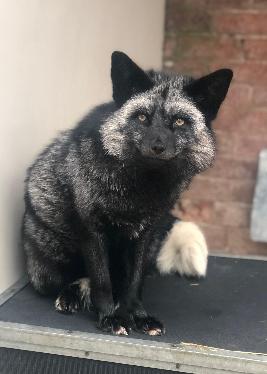 The RSPCA believes the reason behind some of the suffering of these exotics pets is that owners do not do their research and don’t understand the type and amount of care that they need, resulting in them being neglected, dumped or escaping.

Although their numbers are small compared to more common pets, the RSPCA has real concerns about the welfare of reptiles and other exotic animals kept as pets in this country.

Reptiles and other exotic pets are completely reliant on their owners to meet their welfare needs including requiring the correct levels of heat, light and humidity, plus an appropriate diet. Some species can grow very large, live for a long time or require a licence or paperwork to be legally kept or sold. Many of the animals we’re called to help are found stray outside, where they can very quickly suffer in the cold. 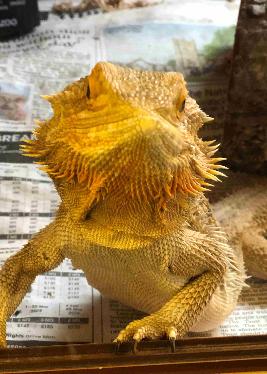 These animals are commonly found for sale in pet shops and are advertised online. In the past, animals have often been handed over to buyers with little or no information about how to care for them properly.

The RSPCA believes that people may buy them with little idea of how difficult they can be to keep and the animals are sometimes neglected when the novelty wears off and the commitment hits home. This is why we would encourage anyone thinking of getting an exotic pet to find out as much as possible about the animal’s needs and whether they’re the right pet for them.

This year is a big year for Stapeley Grange, as it’s our 25th anniversary. Over this time our team would have helped over 130,000 wild, domestic and exotic animals. Please follow us on facebook RSPCAstapeleygrange or twitter: @RSPCAstapeley or @Stapeleycats to find out what events we have planned to celebrate this achievement. You can also sign up to our quarterly newsletter: https://www.rspca.org.uk/stapeleynewsletter