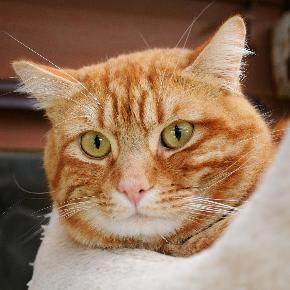 In 1931 the Willesden and Brondesbury Auxiliary area was expanded to create the Middlesex North West Branch of the RSPCA. In later years it amalgamated with the Potters Bar Branch to cover South Herfordshire.  Today its boundaries extend as far as Paddington in the east, Chorleywood to the west, Watford, Radlett and St Albans to the north and South Ruislip and Acton to the south. The earliest remaining Branch committee meeting minutes date back to the 1st of April 1947 when the Branch was in the process of resurrecting itself after the war.

The Branch has expanded its animal welfare activities considerably over the years with an important part of its funding derived from the seven charity shops it now operates. The Branch has its own Animal Welfare Officers who work out in the communities and support the RSPCA Inspectors locally.

Our Aim – To promote the work and objectives of the Society, to promote kindness and to prevent and suppress cruelty to animals by all lawful means.

As a branch of the RSPCA we run independently and as a separately registered charity; this means we are largely responsible for raising our own funds locally to help animals in our area. We raise funds through a variety of events we run throughout the year, our charity shops, and through the generosity of the general public.

The branch is led by our Branch General Manager with the aid of a committee of dedicated trustees.  They  are supported by a small team of paid staff and a large number of committed and passionate volunteers. As an active and busy branch we rely heavily on our volunteers to carry out a variety of roles such as fundraising, fostering, home visiting, administration, shop work and much more.