The 1st Anniversary of our Cat Pens 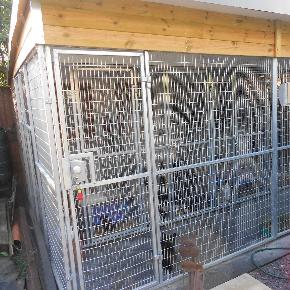 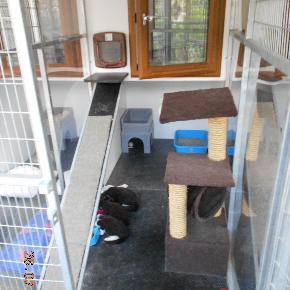 These cat pens were installed in one of our volunteers gardens on 24 July 2013 with its first residents, Marley, Amy and Alicia moving in on 2 August 2013.

Each pen is heated and has lighting and its own sleeping area, where the cat can enter via a cat flap.

These cat pens are now a year old and have only been possible because of the generous donation of Peggy Davis one of our long term supporters.

We would like to thank both Peggy who contributed the money, Pat from the Office who organised the purchase and installation and Paula who is fostering cats and kittens in these pens.

So far within its first year Paula has fostered 52 cats and kittens, which has helped in huge savings of cattery fees.