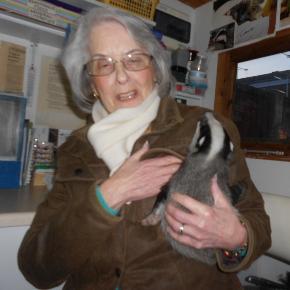 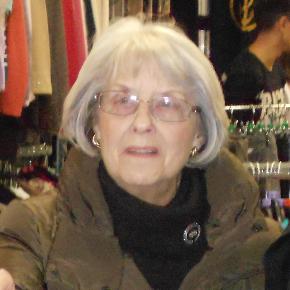 Pat Trussell, Honorary Branch Secretary of the branch of the Royal Society for the Protection of Animals that covers the local area, Hertfordshire East, died suddenly aged 79 on 18 September 2014.

Pat was a tireless champion of animal welfare all her life and for over 30 years has been the Secretary of the Hertfordshire East Branch of the RSPCA.   In many ways she was the local face of the RSPCA; she was the first point of contact for everyone who called the local branch concerned about an animal in distress, needing to be re-homed or from pet owners desperate for help with veterinary bills.

As Hertfordshire East is a separately registered charity to the national RSPCA, and therefore self-funding, raising funds was also a priority for her.   On RSPCA flag days, it would be Pat who was prepared to spend all day collecting and chatting to the public about the Branch’s work; she gave talks to schools on animal welfare and she instigated the opening of the branch’s first shop in Hitchin in November 2012.  The shop has been such a success that the day before she died she was actively investigating taking on a second shop nearby.

Few people knew that when they called the RSPCA ‘office’ their call went through to a shed in Pat’s back garden.  She always believed that monies raised should be spent on the animals, rather than “frittered away” on plush accommodation.

She was passionate about animal welfare, and regularly wrote to the Prime Minister of the day and to senior RSPCA executives to fight against injustice against animals without a voice of their own.

She is survived by her husband, John.

In Memory of Pat, we have started a memorial fund and hope that we can raise sufficient funds to be able to honour her work.

If you wish to contribute to her memorial fund, please click on https://www.givey.com/PATTRUSSELLMEMORIAL