Please look out on our Events Page for any future quiz nights. 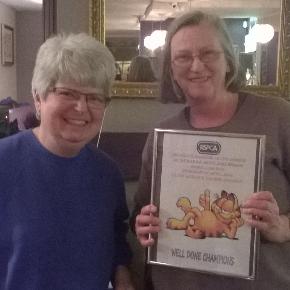 Congratulations to Quizzymcquizface who won our Quiz Night on 4 April 2016 at the George and Dragon, Graveley.

The winning team and other participants helped us raise £217.55 for the Branch.

We would like to thank all the local vets, RSPCA Inspectors and Volunteers who attended 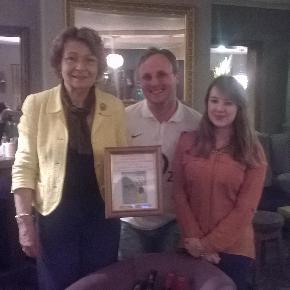 our Vets v RSPCA quiz night held on 22 March 2016 at the George and Dragon in Graveley.  The evening raised £246 for the Branch and was most entertaining.

The winners were "The Infamous Four" from the RSPCA who consisted of Paula our Branch Secretary (behind camera), Linda (Trustee and organiser), Marc (Fosterer) and Hannah (Shop Volunteer).

Thank you to everyone to joined us at our third Quiz Night on 19 October 2015 held at the George and Dragon in Graveley, which raised £215 despite someone trying to sabotage the event and telling people it was cancelled!

Well done to Matt Smith, Marc McAleer and Paula Wilson who won the quiz under the team name "Doing it for the Kits".  Thank you also to our hosts who also joined in and made us feel most welcome. 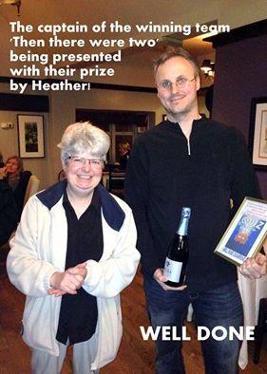 Our second Quiz Night held at the Three Horseshoes, Norton on 13 April 2015 raised £274.07 and was won by Marc McAleer and Matt Smith as "Then there were Two".

Our first ever Quiz Night held at Three Horseshoes, Norton on 17 November 2014 raised £267.88 and was won by Chris Large.

We would also like to thank the Quiz Master, Jeff Owens for his questions and contribution on the nights and Linda, one of our Trustees, who organises the events.