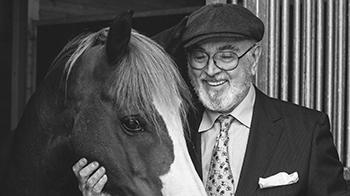 Peter Egan is a much loved British actor, best known for his roles in 'Ever Decreasing Circles' and 'Downton Abbey', (playing Hugh "Shrimpie" MacClare, Marquess of Flintshire). He is a longtime animal lover, describing animal welfare as his vocation.

As well as being a one of our Vice Presidents, Peter is an active ambassador for the Animals Asia Foundation. He works tirelessly and frequently travels all over the globe to highlight animal welfare issues, and is becoming as well-known for this work as his acting.