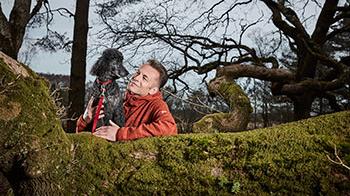 He's a presenter on Springwatch, Autumnwatch and Winterwatch - three annual BBC television series on wildlife and seasonal changes in the UK.

In December 2014, Chris was voted 'Conservation Hero of the Year' in the Birders' Choice Awards, and in October 2016 Chris earned The Christopher Parsons Award for Outstanding Achievement. Earlier in 2016 he was made honorary Doctor of Science by the University of Southampton where he had graduated 30 years before.

In 2018 Chris created The Peoples Manifesto for Wildlife and is the founder of The Peoples Walk for Wildlife, the UK's first march to raise awareness of the urgent need to protect and conserve our wildlife. He was appointed a CBE in the 2019 New Year's Honours list for services to wildlife and nature conservation.