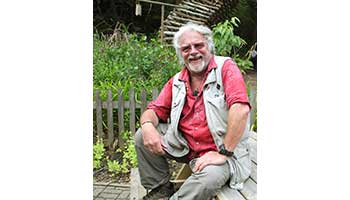 Bill Oddie is a musician, actor, presenter, campaigner, conservationist and writer. He's also well known for being a keen ornithologist and wildlife expert.

Oddie began his TV career in a leading role in the comedy show The Goodies, and has gone on to appear in a huge range of wildlife shows including Springwatch, Birding with Bill Oddie and Bill Oddie Goes Wild.

Oddie was made an OBE for his service to wildlife conservation in 2003. In May 2005, he received the Peter Scott Memorial Award, "in recognition of his great contribution to our understanding of natural history and conservation,' and is also a recipient of the RSPB medal.