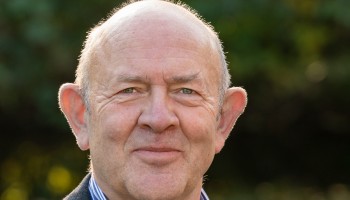 Richard first became involved with the RSPCA by volunteering for the charity in the 1990s.  He helped with everything from home visiting, fundraising, reducing cats and dogs and soon became a vital part of the branch before becoming chairman.

He also supported the local Northumberland Animal Aid group and helped out at his nearby Wildlife in Need sanctuary, where he was involved in the building and operationalising of an artificial badger sett and the rescue, cleaning and rehabilitation of sixty plus swans affected by river pollution.

Joining a local branch in Worcestershire, Richard became a trustee, officer, and later, chairman - a post he held for 25 years. Richard has even walked the Sahara to raise funds and has helped to trap and neuter feral cats in the Canaries. He represented the West Midlands on the RSPCA council (2016-19) and chaired the Field Ops Committee prior to the 2019 governance changes.

Elected to the RSPCA trustee board in 2019, Richard's currently chair of the Branch Affairs Committee (BAC) and sits on the finance and risk committee. Richard is a great believer and supporter of the RSPCA and is looking forward to the rolling out of the new 2021-2030 strategy and working with the Society on its implementation.