To celebrate World Animal Day (4 October), we're taking a look at amazing changes for animal welfare during the past year and what we want to achieve in the year to come. 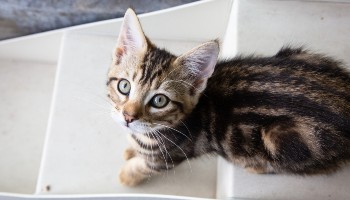 For almost 200 years, we've been at the forefront of animal welfare and during that time have fought relentlessly for all animals to be given the quality of life they deserve.

Throughout our history, we have achieved so much thanks to relentless campaigning, and the past 12 months have been no exception. The year has been filled with milestone victories for animal welfare as a result of legislative changes that will improve the lives of animals in the future too.

Some of this year's animal welfare legislation successes:

And in 2021, we also launched our new strategy - Together for animal welfare - a pledge to keep up the pace of the hard work they have come to be known for.

However, work is not done because millions of animals still need help to influence the changes in law they need to experience better lives.

Over the coming year, it's expected that animal-lovers will see further welfare improvements, including:

While we are delighted with all the legislation and improvements, we feel there is more to do to tackle the real fundamentals of animal welfare, including intensive farming, phasing out animal experiments, and addressing habitat destruction.

Over the coming year, we will continue to run public campaigns, lobby behind the scenes, give evidence to inquiries, and respond to consultations  - but we need your support!

Anyone who cares about animals as much as we do can help give animals a voice by signing petitions, writing to MPs, and by signing up to our campaign newsletter for regular updates about how to help.